Karzai is set to force through a complete ban on private security contractors but will allow for an extension of the deadline for them to leave the country, Al Jazeera’s James Bays reported from Kabul, citing an Afghan source close to the president.

The current deadline for private security contractors to halt their activities is December 17, 2010, but that could now be extended to March 2011.

Karzai set the deadline in a decree issued in August banning all private security contractors except for those involved in guarding embassies, military installations, diplomatic residences and the transport of diplomatic personnel. This raised tensions with the US.

Bays said the substance of the decree is set to remain intact, however, in a statement on Wednesday Karzai’s office said a committee had been formed that will prepare a timetable for disbandment of the firms to be submitted by November 15. Firms would then have a maximum 90 days to tie up their operations, it said.

The issue has been extremely contentious. Earlier in the week, Karzai stormed out of a two-and-a-half hour meeting with Nato and UN diplomats.

A statement from the United Nations on Wednesday said that Afghanistan’s international partners supported Karzai’s “principled stand” on the issue.

“… We are committed to implementation of this decree with a fixed timetable and accept that the international community must respond promptly to President Karzai’s long-standing concerns about the conduct of private security companies,” the statement from the office of Staffan De iIstura, the UN special representative to Afghanistan, said.

“Our position is guided by a shared objective with the Government of the Islamic Republic of Afghanistan to advance the security and economic development of Afghanistan within a rule of law framework and a spirit of genuine partnership and mutual support.”

The Afghan government claims that the ban is proof that Karzai “knows the will of the Afghan people,” Al Jazeera’s Bays said.

It reflects widespread perception amongst the country’s citizens that the contractors are responsible for destabilising the country. Private contractors have been extremely controversial and involved in several incidents that have resulted in civilian deaths.

Yet foreign workers in Afghanistan argue that they are essential to allowing them to carry out their work safely.

“Behind the scenes, Western powers will be hoping that during these extra three months, they’ll be able to modify the provisions of the decree,” Bays said.

Meanwhile, an audit report released on Tuesday by Arnold Fields, the Special Inspector General for Afghanistan Reconstruction (SIGAR), concluded that the so-called “civilian surge” to carry out development work and improve the country’s administration.

According to the report, the civilian workers are facing difficulties in building partnerships witgh their military counterparts.

The US government is in the process of increasing the number of its civilian employees in Afghanistan from 320 in January 2009 to around 1500 by January 2012. Most of the civilian personnel work for US agencies. 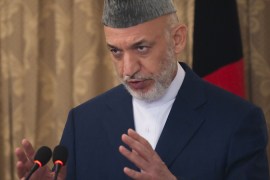 Afghan president accuses security companies of “blasts and terrorism” as he reiterates plan to ban them by year end. 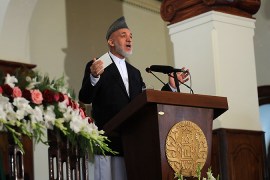 Afghan president insists private security firms will not be allowed in country after December, barring some exceptions. 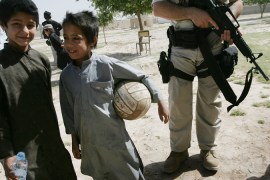