Bahrain’s main Shia Muslim opposition group has won nearly half of the seats in parliament in an election it says was marred by irregularities.

The electoral commission said on Sunday that the Islamic National Accord Association (INAA) had won 18 of parliament’s 40 seats in the first round of the legislative poll, gaining one seat compared to the 17 it won in the Gulf state’s previous parliamentary election.

Nine seats remain up for grabs in the second round of voting which is to take place on October 30, Abdullah al-Buainain, the electoral commission chairman, said.

However, the credibility of Saturday’s parliamentary election risks being undermined by allegations of voting problems.

Sheikh Ali Salman, head of the INAA, claimed that at least 890 voters were turned away from polling stations in mostly Shia areas because their names were not on electoral lists. Even small numbers of votes are crucial in the country which has fewer than 319,000 eligible voters.

“This is not the full number [of eligible voters],” Salman told a news conference. “We expect it to be higher.”

INAA supporters set up tables outside voting stations to tally up voters who said they backed the party’s candidates. The lists will be used for any possible challenges to the official results.

With Sunday’s results, INAA strengthens its presence in the lower house of parliament which has the authority to examine and pass legislation proposed by the king or cabinet.

An appointed upper chamber, or consultative council, has the power to block legislation coming out of the lower house. The king names the members of the 40-strong upper chamber separately.

Bahraini officials did not immediately comment on the latest claims of voting troubles. But Sheikh Khaled bin Ali Al-Khalifa, Bahrain’s justice minister, said he expected “only a number of infringements” and hailed the voting as fair.

Bahrain is one of the few Arab states with a Shia majority, though it is dominated by Sunni Muslims.

Many had hoped Saturday’s elections would allow the Shias to air their differences with the Sunni dynasty that maintains a centuries-old grip on power.

But Shia leaders claim voting districts have been gerrymandered to undercut Shia strength. They also worry about government policies that give citizenship to Sunnis from around the region to boost their ranks.

Mahjoob Zweiri, a Gulf political analyst, said sectarian tensions similar to those in Bahrain are increasingly becoming an issue throughout the Arab world.

Zweiri said Bahrain is relatively progressive compared to other countries in the region, but that other factors such as press freedoms and human rights should be taken into account when evaluating the progress that has been made.

“The reform process has started,” he said, refering to the 2001 reform package.

“But you have to assess it by the outcome … not only just the elections.”

Election security was extensive, with police patrols and helicopter surveillance over some of the most violence-wracked districts. There were no reports of significant violence, but protesters – apparently from the Shia community – set several tyres ablaze.

Bahrain authorities did not allow international election monitors, so verifying the allegations will depend on 292 observers from Bahraini non-governmental organisations which monitored the polls.

In the last election in 2006, voting was also marred by allegations of irregularities. Sunni authorities rejected those claims and pro-government candidates took control of parliament.

Analysts warned the outcome of Saturday’s vote could touch on the long-term stability of Bahrain, a strategic partner of the US. Home to the US navy’s 5th Fleet, the island nation is a core part of Washington’s efforts to confront Iran’s military expansion in the Gulf.

“Bahrain has the potential to turn really nasty,” Christopher Davidson, a professor at the University of Durham in Britain, said.

Davidson, who has written extensively about the region, said “there is a widening wealth gap between rich and poor and it just so happens that the rich are the Sunni leaders and the poor are the Shias”.

The parliament has only limited powers and can be overruled by King Hamad bin Isa Al-Khalifa and his inner circle. For many Shias, however, gaining more seats – and possibly even taking a majority – is seen as a message not to ignore their demands for a greater say in how the country is run.

The authorities have launched a wave of arrests and clampdowns in recent months against suspected Shia dissidents.

Twenty-three Shia activists are due to go on trial next week accused of plotting a coup. 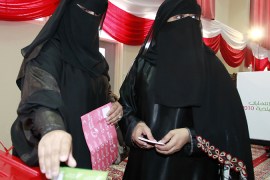 Polls present opportunity for Shia majority to air grievances against Sunnis who have ruled the Gulf kingdom since 1783. 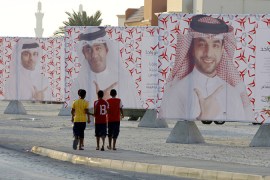 Detained activists accused of conspiring against the Gulf state’s government in run-up to parliamentary polls. 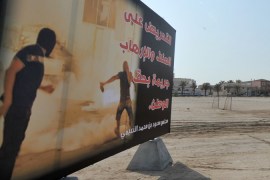 Inside Story discusses claims of discrimination and warnings of a growing sectarian rift. 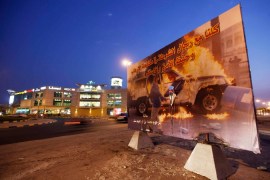 Two Shia figures in Kuwait and Bahrain are stripped of their citizenships as Shia crackdowns spike in the region.