The dwindling number of Christians living in the Middle East has been at the top of the agenda at a conference in the Vatican.

Christians make up only six per cent of the region’s population, despite the fact the faith was born there.

Many have fled religious persecution and have settled in the West.

Al Jazeera’s Imtiaz Tyab reports from Toronto in Canada, which is a popular destination for Christians fleeing violence in Iraq. 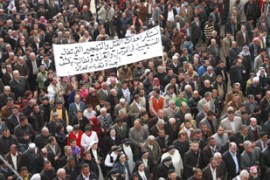