The latest figures from Haiti show a cholera outbreak has now claimed nearly 200 lives, with another 2,300 people reported to be sick.

So far the outbreak is concentrated around Saint Marc, north of the capital.

However, Al Jazeera has found evidence the disease is spreading closer to Port-au-Prince. 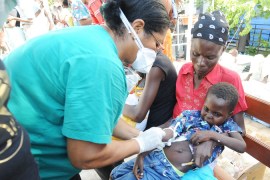 Health officials warn the outbreak, which has killed at least 194 and infected about 2,300 others, could get worse. 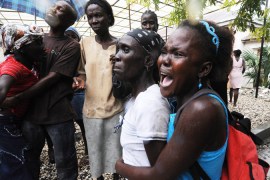 Health officials say 135 dead and nearly 1,500 hospitalised due to outbreak outside of capital, Port-au-Prince. 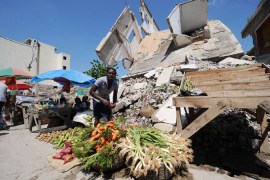