Autopsy reports released by the British government have confirmed that David Kelly, a British scientist at the centre of controversy over weapons intelligence on Iraq, committed suicide in 2003.

The documents, published for the first time on Friday, repeated the previously stated version of Kelly’s death, that he slashed his wrists, undermining conspiracy theories and doubts over how he died.

A group of medical experts had called for an inquiry into the scientist’s death earlier this year, arguing that the suicide verdict was unsafe.

But the post-mortem, which had originally been classified by the Ministry of Justice for 70 years, said there was no evidence that Kelly had been subjected to any kind of assault and no sign that his body had been “dragged or otherwise transported”.

Nicholas Hunt, the pathologist, wrote in the document that wounds on Kelly’s left wrist which severed an artery were “typical of self-inflicted injury”.

There were other features “pointing towards this being an act of self-harm”, including that Kelly had made several smaller cuts before slashing his wrist and that he had removed his watch and spectacles, the report said.

A toxicology report said that the 59-year-old had also taken an overdose of painkillers.

Kenneth Clarke, the UK’s justice minister, said he had taken the rare step of publishing the secret documents to “maintain public confidence in the inquiry into how Dr Kelly came by his death”.

“While I firmly believe that the publication of these documents is in the public interest, I am mindful that the contents may be distressing,” he said.

“I hope that the privacy of Dr Kelly’s family will be respected at this difficult time.”

Paul Brennan, Al Jazeera’s correspondent in London, said the release of the documents were a “surprise”.

“Lord Hutton, who had held the [2004] inquiry into the death of David Kelly, had ordered these documents to be kept secret for another 70 years.

“He didn’t want the intimate and quite gruesome details of the nature of Dr Kelly’s death to be made public for the foreseeable future,” he said.

Kelly was the most experienced British expert involved in United Nations inspections in Iraq intended to prevent Saddam Hussein from acquiring weapons of mass destruction.

His body was found in woods near his home in Oxfordshire, south-western England, in July 2003, after he was exposed as the source of a BBC story that alleged the government “sexed up” intelligence on Iraqi weapons.

The government of Tony Blair, the-then prime minister, had used the dossier, which included a claim that weapons of mass destruction could be deployed within 45 minutes, to strengthen the country’s case for war.

An inquiry into Kelly’s death carried out in 2004 had concluded that the principal cause of death was Kelly’s slashed wrists, but some critics have repeatedly questioned the official account.

In August, a group of eight respected experts, including a former coroner and and a professor, wrote an open letter saying that the official cause of death, haemorrhage, was “extremely unlikely”.

They insisted that a severed ulnar artery, the wound found to Kelly’s wrist, was unlikely to be life-threatening unless an individual suffered from problems with blood clotting.

Michael Powers, a doctor campaigning to overturn the 2004 findings, said there was “nothing new” in the documents released on Friday and there was still a “major conflict” over the amount of blood at the scene.

“I don’t believe any of the evidence that we have seen or heard to date can answer those questions,” he told the BBC. 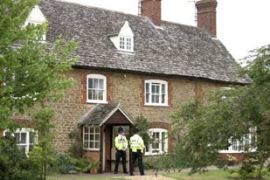 Legal and medical figures call for new inquest into death of WMD inspector in 2003.