The United States will cut off aid to several Pakistani army units believed to have killed civilians and unarmed prisoners, according to reports.

The New York Times and Guardian newspapers said that some US-backed Pakistani army and special operations troops who have been in action against Taliban fighters in Swat Valley and South Waziristan along the border region with Afghanistan, will be affected by the decision.

The reports come as the US government is laying out a new multibillion-dollar military aid package for Pakistan, as it presses the Islamabad government to step up the fight against al-Qaeda and the Taliban there.

Washington officials told The Associated Press news agency that Hillary Clinton, the US secretary of state, and Shah Mahmood Qureshi, the Pakistani foreign minister, were expected to unveil the package on Friday, at the end of the latest round of high-level US-Pakistani strategic talks there.

The move to cut off some funding would be in line with a law known as the Leahy Amendment, which requires the US to stop aid to foreign military units found to have committed gross human rights violations.

“I told the White House that I have real concerns about the Pakistani military’s actions, and I’m not going to close my eyes to it because of our national interests in Pakistan,” Senator Patrick Leahy, the amendment’s author, told the New York Times.

Human Rights Watch said it briefed the US state department and congressional officials earlier this year about evidence of more than 200 extrajudicial killings of suspected Taliban sympathisers.

Those killings were said to have taken place in the Swat Valley, the home to about 1.3 million people and the site of a Pakistani military operation last year to take back the former Taliban stronghold.

Units from Indonesia and Colombia have been affected by the amendment in the past, but this would be the first time it would hit a country of such strategic importance as Pakistan.

A senior Pakistani official involved in discussions about the matter told the newspaper that the United States had expressed concern about reports of hundreds of extrajudicial killings committed by the Pakistani military.

Pakistan was addressing the issue, he said. But the official noted that so far, the US government “has not threatened us with withholding of assistance or training for any of our military units on these grounds”.

Al Jazeera’s Kamal Hyder, reporting from Islamabad, said the allegations will not affect the broader co-operation between the two countries.

“As far as allegations are concerned the Pakistan military chief said an inquiry would be appointed. The accusations have been there for quite a while,” he said.

“The videos that have emerged [recently] are very grainy and possibly show Pakistani military soldiers [carrying out abuses] but the big question mark was if there were executions, if the Pakistanis wanted to conceal it, why are they being filmed?

“At the same time as this is going on there is a realisation in Washington that any solution to the Afghan problem must have Pakistan on board … unfortunately Pakistan has been marginalised as far as talks with the Taliban are concerned.

“Both countries have their reservations [about the third round of strategic dialogue between Pakistan and US] and obviously this amendment is going to figure prominently in those talks.”

The aid cuts were just the latest in a series of developments highlighting the uneasy relationship between Washington and Pakistan, which the US sometimes sees as hindering the fight against al-Qaeda.

It comes as the two nations seek to smooth over their latest crisis after Nato helicopters killed Pakistani troops along the Afghanistan-Pakistan border and Islamabad responded by blocking the main transit point for US war supplies.

Pakistan receives about $2bn in US aid for its military each year. 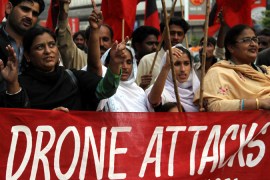 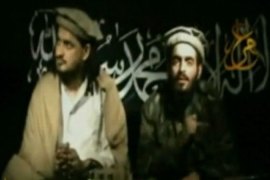 CIA director acknowledges “shortcomings” in how agency dealt with informer who killed seven agents at Afghanistan base.