Unesco said in a statement on Thursday that the 58 members of its executive board had agreed to suspend the $300,000 Unesco-Obiang Nguema Mbasogo International Prize for Research in the Life Sciences pending further “consultations among all parties concerned”.

Rights groups welcomed the decision from the Paris-based organisation.

“A dictator who has impoverished his citizens and enriched himself and his family by plundering the country’s oil wealth has no place sponsoring a UN prize,” said Simon Taylor, director of Global Witness.

The prize, established in 2008, was scheduled to be given this year for the first time.

Sue Williams, a Unesco spokesperson in the French capital, told Al Jazeera that there had been a steady build up to the protests against the prize since the end of 2009.

“There’s been a lot of outcry over the prize, a lot of concern expressed by intellectuals, expressed by human rights groups, expressed by journalists, Nobel Prize winners, all of whom are very important voices for Unesco,” said Williams

“They’re voices that we can’t ignore.”

Critics have called the prize – for research aimed at “improving quality of life” – the height of hypocrisy for a country that has seen its infant mortality rise and its school enrolment decline in the past decade, despite its massive oil wealth.

Obiang says that the international community simply does not want to support a prize in his name.

Earlier this month, 125 African scholars and human rights activists sent a letter to Unesco calling for the prize’s abolition.

Former Archbishop Desmond Tutu, author Chinua Achebe and Nobel laureate Wole Soyinka were among those whose signatures were included in the letter.

“President Obiang has presided over an abysmal record of abuses and mismanagement in Equatorial Guinea for over 30 years,” said Arvind Ganesan, a business and human rights director at Human Rights Watch.

“Unesco should take the opportunity to create safeguards to avoid cause for embarrassment in
the future and should go ahead and cancel the Obiang prize completely.”

But Williams, who pointed out that there are some African states that support the prize, said that cancelling it all together was seen as a divisive measure and that Unesco seeks to find a solution that keeps all parties “at the table”.

Obiang has been accused of rights violations including unlawful killings, torture and arbitrary arrests. He denies the allegations.

The president was deemed “Africa’s Worst Dictator” in a Slate.com piece in 2008, and was featured in Forbes magazine’s “Fortunes of Kings, Queens and Dictators” for amassing an estimated $700m of the country’s wealth in US bank accounts.

Obiang seized power in a 1979 coup. He has swept several elections since, winning by 97.1 per cent in a 2002 poll widely criticised as fraudulent.

Last year, he was declared the winner with 95.37 per cent of the votes in an election opponents and international human rights groups denounced as a fraud. 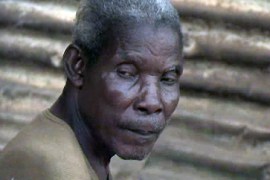 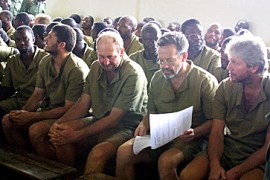