Pakistan’s supreme court has asked MPs to review a constitutional amendment that would see senior court judges appointed by a parliamentary committee, delaying a potential divisive change to the relationship between the judiciary and the government.

The ruling on Thursday came after legal challenges were launched against a number of parts of the 18th amendment, which deals with changes to presidential and parliamentary powers as well as the appointment of judges.

“We would like to refer to the parliament for reconsideration, the issue of appointment process of judges to the superior courts,” Iftikhar Mohammad Chaudhry, the chief justice, said.

“Parliament is asked to review Article 175-A, for it has harmed judiciary’s freedom,” he said.

“To enable the parliament to proceed and re-examine the matter in terms of the observations made above, these petitions are adjourned to a date in the last week of January 2011,” the order signed by 17 supreme court judges, said.

Ishtiaq Ahmed, a political analyst in Islamabad, Pakistan’s capital, told Al Jazeera that the decision had avoided a showdown between the courts and the executive.

“The expectations were that the judiciary would strike down part of the 18th amendment but what they have done is urge the parliament to reconsider and review article 172A [which is significant],” he said.

The 18th amendment, passed by parliament in April, would taking away the power to appoint judges Chaudhry, who heads the 17-member bench that made the ruling.

Kamal Hyder, Al Jazeera’s correspondent in Islamabad, said that one of the aims of the constitution is to resolve the issue of separation of powers between parliament and the judiciary.

“Immediately after the resolution was unanimously passed in April, 16 petitions were filed in the supreme court challenging a clause under which the parliamentary committee or the judicial council would decide on the country’s next judges,” he said.

“Under the 1993 constitution, the chief justice had to be consulted [in choosing a judge] and therefore the ruling is [mostly] about the separation of powers.

“The supreme court has made it clear it wants to uphold the law, and it wants to set new standards in Pakistan. It is also the last ray of hope in a country where the democratic institutions and governance are falling apart.

“If parliamentarians are going to start choosing judges, where is the justice going to go? Will there be fair justice if the ruling party is going to decide that it wants a certain judge,” he said.

The supreme court has been locked in a standoff with administration of Asif Ali Zardari, the president, since December, when its judges scrapped an amnesty that protected the president and 8,000 others from corruption charges.

Yousuf Raza Gilani, the prime minister, this week sought to ease fears of a looming clash between the executive and judiciary, pledging to work with judges to uphold justice.

The 18th amendment would also reduce the power of Zardari, whose popularity is at all-time low, in a number of areas, including taking away his ability to dissolve parliament.

That function would be handed to Gilani, as would the appointment of various other high profile offices, including military chiefs and the election commissioner.

The ruling from Pakistan’s highest court on Thursday did not deal with other objections raised over a quota of parliamentary seats for women, renaming Pakistan’s northwestern province and rules for political parties. 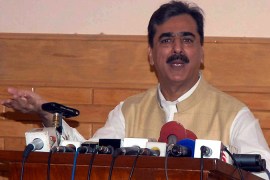 Prime minister seeks to allay fears of clash between country’s executive and judiciary over corruption cases. 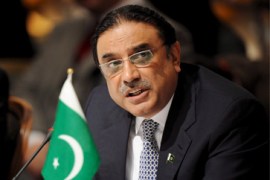 The ruling invalidates amnesty shielding the president and other officials from prosecution. 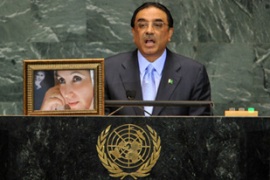 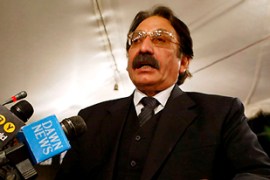