A British-Zimbabwean aid worker has been freed by his Somali captors after a ransom was reportedly paid.

“I am well and free …. and travelling back to Adado,” Frans Barnard, who works for the Save The Children charity, was quoted as telling the AFP news agency on Wednesday.

Barnard was seized by a group of armed men in the Somali town, the capital of the Himan and Heb region, last Thursday. A local employee of the charity was abducted at the same time but released shortly afterwards.

Save the Children confirmed that Barnard was “on his way to a place of safety”.

“We continue to be concerned for him but at this point we are cautiously optimistic,” Anna Ford, Save the Children’s spokesperson in Nairobi, told the Reuters news agency.

Local elders involved in negotiations that led to his release said the kidnappers had been $100,000.

“The gunmen asked for 150,000 dollars to free the hostage but  they were only paid 100,000,” the AFP news agency quoted one of the negotiators as saying.

Mohamed Mohamud, an official with the Himan and Heb regional administration denied that any money had changed hands with the captors of the Nairobi-based security consultant.

“No ransom was paid. His release happened through negotiations,” he said.

Ford also denied that the charity had paid a ransom for Barnard.

“We haven’t handed over any money. It was the clan elders who all came together to secure the release of our colleague. It was a point of honour and pride for them to secure his release,” she said.

The abduction of foreigners and aid workers is rampant in Somalia, a Horn of African country ravaged by conflict since 1991 when Siad Barre, the then-president, was ousted.

A British couple, Paul and Rachel Chandler, have been held hostage for almost a year after their yacht was captured in the Indian Ocean, off the Seychelles.

The Himan and Heb region, close to the border with Ethiopia, is considered more stable than much of the Horn of Africa nation.

Save the Children had been assessing the feasibility of starting up a humanitarian programme to help malnourished and sick children in the area around Adado.

A number of armed groups have been fighting for three years to overthrow Somalia’s fragile interim government, which they say is a puppet of the West. Al-Shabab fighters and the smaller Hizb-ul Islam group control much of the capital and large parts of southern and central Somalia.

More than 7,200 African Union soldiers from Uganda and Burundi to support the government and key sites in Mogadishu. 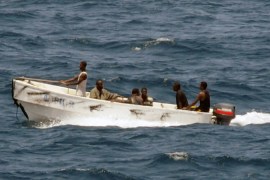 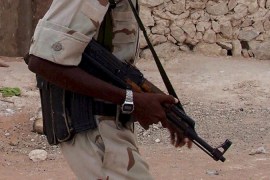 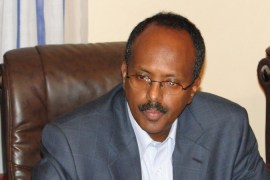 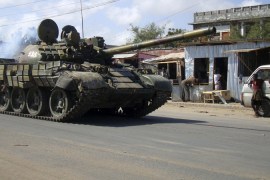