The Obama administration’s attempts at seducing Binyamin Netanyahu, the Israeli prime minister, are getting embarrassing. Netanyahu has made it very clear he is not interested.

According to Ha’aretz, the latest (and most cringe-worthy) moment in the saga came this week when Dennis Ross, the president’s top adviser on Israel-Palestinian issues, convinced Obama that Israel would only agree to an extension of the settlements freeze if Obama would “come off as friendlier” to Bibi.

So Ross and his aides (working with the Israelis) drafted a letter to Netanyahu in which the US would give Israel everything it could possibly want in exchange for a two-month freeze.

The details of the letter were revealed by researcher David Makovsky on the website of the Washington Institute for Near East Policy.

According to the report, the letter included incentives crucial to Israel’s security that Netanyahu has been demanding for years. For example, the US pledged to support Israel’s position on stationing Israeli troops in the Jordan Valley after the establishment of a Palestinian state, in order to prevent weapons smuggling.

The US also would not ask Israel to further extend the building moratorium and would pledge that the issue of settlements would be dealt with only as part of final-status talks with the Palestinians, the letter reportedly said.

The US also reportedly would veto any UN Security Council resolutions on the Israeli-Palestinian conflict this year, would upgrade Israel’s defence capabilities after the peace agreement, and would increase security assistance.

This reportedly would include providing Israel with advanced fighter jets and early warning systems, including satellites. The US also would start talks with Arab countries toward a regional agreement vis-a-vis Iran.

It is hard to imagine anything Ross left out. For Bibi, the Ross offer was a dream come true. All that for a 60-day freeze.

And why? “Netanyahu said he appreciated the letter but could not accept the American proposal because it included a two-month extension of the construction moratorium, which he said would damage his public credibility.”

But the “moratorium” was the whole point of the offer. Bibi seems not to believe that his dealings with the US have to be two-way streets. He will only consider deals where the US gives and he gets. (But then, that is the way it always is.)

Ross and the other administration figures are now “incensed,” having been played yet again.

They even went up to Capitol Hill to discuss the situation with Bibi’s pals up there. No dice.

So it is back to the drawing board. Maybe Ross can give Bibi one of the 50 states (Alaska!).

But that will not work. The word from Israel is that Netanyahu is counting on a huge GOP landslide to save him from Obama. And then in 2012, there will be a Republican president who is more likely than Obama to let him bomb Iran.

Netanyahu has done this before. During the Lewinsky affair, he came to Washington, ignored President Clinton, and went up to the Hill to smoke cigars with Speaker Newt Gingrich and exchange Monica jokes. To understand Bibi, you need to realise that as much as he is Likud, he is a right-wing Republican.

Here is what we should do. Tell Netanyahu that either he agrees to the freeze or the US slows down the delivery of aid. After all, Israel is the #1 recipient of US aid in the world. Surely, there are ways the Pentagon can indicate displeasure.

Or maybe we can refuse to veto one of those Security Council resolutions that rightly condemn Israel’s actions in occupied areas. We do not always have to be the one country in the world that stands alone at Israel’s side when the UN attempts to pass a resolution we know is right.

I mean, we are the United States. We are also Israel’s only real ally on the planet. We do not have to take this kind of dissing lying down.

And Dennis Ross, who came to the White House from the AIPAC-created Washington Institute for Near East Peace, should devote his attention to some other region of the world, one in which his penchant for wishful thinking would be relevant. 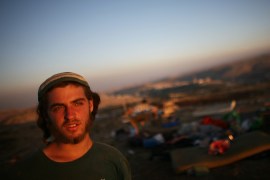 The ongoing colonisation of the West Bank may have unintended and unwanted consequences for Israel. 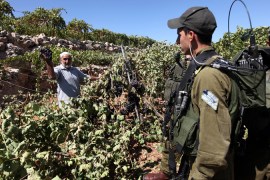 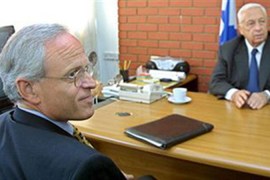 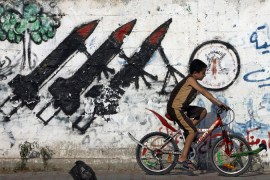 With the settlement freeze over and the peace process under serious threat, what will Abbas do next?