Britain’s prime minister has said he will cut the country’s defence budget, shrink its armed forces and delay a nuclear missile programme in accordance with a defence review, the country’s first since 1998.

David Cameron published the review on Tuesday, which is intended to redefine Britain’s defence strategy and help clear the country’s crippling debts.

He said at least £2.6bn [$4bn] per year will be cut from the £37bn [$59bn] defence budget, meaning the flagship HMS Ark Royal aircraft carrier is being scrapped immediately along with Britain’s fleet of Harrier jets.

Tanks and heavy artillery numbers are to be reduced by 40 per cent. He said a £20bn [$30bn] nuclear submarine upgrade will be delayed until after a 2015 national election.

However, Cameron vowed there would be “no cut whatsoever” to the level of support for forces fighting in Afghanistan.

“Britain has traditionally punched above its weight in the world and we should have no less ambition for our country in the decades to come,” he said.

“But we need to be more thoughtful, more strategic, and more co-ordinated in the way we advance our interests and protect our national security and that is what this review sets out to achieve.”

Britain is the second-biggest contributor of foreign troops in Afghanistan after the United States, with around 10,000 soldiers stationed there.

The announcements came ahead of a sweeping programme of wider cuts of up to 25 per cent in most government departments which will be unveiled in a comprehensive spending review on Wednesday.

The decision to axe Ark Royal earlier than the 2014 date originally planned will leave Britain without an aircraft carrier capable of launching jets for around a decade.

It will be 2020 before two new aircraft carriers, which are going ahead in part because it would be more expensive to scrap pre-agreed contracts than to go ahead with them, can be used for this purpose.

News of the cuts have caused concern in Washington, prompting Hillary Clinton, the US secretary of state, to question their possible impact on Nato.

Cameron called Barack Obama, the US president, on Monday to discuss the defence review, reassuring him that Britain would remain a “first-rate military power and a robust ally of the United States”.

The defence review came a day after the government launched a new national security strategy which highlighted international terrorism and cyber attacks among the biggest threats to Britain along with natural hazards like flu pandemics and foreign military crises which may involve the country.

Cameron also announced an extra half a billion pounds to fund the fight against cyber crime. 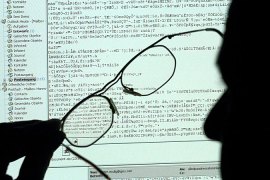 Britain to focus on ‘cyber threats’