A US court has found four men guilty of placing bombs outside synagogues in New York and plotting to fire missiles at military planes.

The men were arrested in a sting operation led by the Federal Bureau of Investigation (FBI) in May 2009, as they planted what they thought were explosives in two cars parked outside synagogues in New York City’s Bronx borough, US prosecutors said.

Defence lawyers said the men were not guilty because they were entrapped in a plan devised by the FBI and orchestrated by the confidential informant, Shahed Hussein.

In addition to planting the explosives, the four intended to shoot down military planes at an Air National Guard base in Newburgh, New York, with stinger surface-to-air missiles, prosecutors said.

Prosecutors said Cromitie, accused of recruiting the three others, was motivated by anti-Jewish sentiments and wanted to participate in holy war.

Cromitie and David Williams were found guilty on all eight charges.

The other two defendants – Onta Williams and Payen – were found not guilty on one of the lesser charges of attempting to kill officers and employees of the United States.

Vincent Briccetti, Cromitie’s lawyer, declined to comment on the verdict. Susanne Brody, who represented Onta Williams, said the trial was a “miscarriage of justice”.

Lawyers indicated in court they will file a motion to have the verdict dismissed.

An entrapment defence resulting in acquittal is extremely rare in federal terrorism-related cases.

“Homegrown terrorism is a serious threat, and today’s convictions affirm our commitment to do everything we can to protect against it,” Preet Bharara, a Manhattan US attorney, said in a statement.

“The defendants in this case agreed to plant bombs and use missiles they thought were very real weapons of terrorism.”

Al Jazeera’s Kristen Saloomey, reporting from New York, said “the verdict came after a lengthy trial that involved hundreds of hours of video tape evidence that showed these four men meeting, plotting and even planting the bombs outside the synagogue”.

“They also purchased what they thought were stinger missiles, but as it turns out the bombs and the missiles were, in fact, fake and supplied by the FBI as part of this elaborate sting operation – which the defence argues was illegal,” she said.

The trial opened in late August and jury deliberations began on October 6.

The charges included conspiracy to use weapons of mass destruction and conspiracy to acquire and use anti-aircraft missiles. Sentencing was set for March 24. 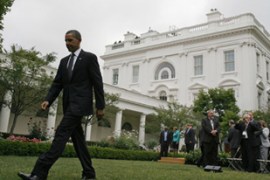 US to focus on homegrown extremists

Counter-terrorism chief says security strategy will make clear US not at war with Islam. 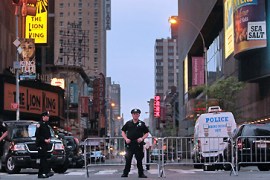 How much of a concern is the homegrown terror threat in the US? 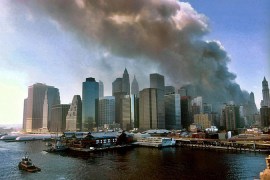 Even though al-Qaeda in Pakistan is at one of its weakest points, the al-Qaeda threat to the US has grown more complex. 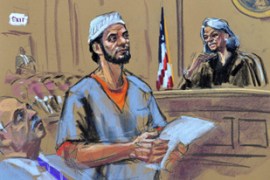 Faisal Shahzad says attempted attack was to avenge deaths of Muslims killed by US soldiers.