The Russian spies who were deported from the US in the biggest spy scandal since the Cold War have been awarded top state honours by Dmitry Medvedev, the Russian president.

The awards were handed out at a Kremlin ceremony on Monday, less than four months after the exchange, Natalya Timakova, Medvedev’s spokeswoman, said.

No television footage or pictures have so far been released of the ceremony.

In June, the group of 10 spies, many of whom had been working undercover for years in the US as sleeper agents, returned to Russia in a sensational spy swap that saw Moscow send four Russian convicts to the West.

The spies received a hero’s welcome in Russia, with Vladimir Putin, the Russian prime minister, leading them in a patriotic sing-along in July.

Anna Chapman, the most famous of the agents, visited the Baikonur cosmodrome in Kazakhstan this month for the launch of a Russian spaceship, boosting her celebrity status in Russia and abroad.

Chapman was in Baikonur ostensibly as the new celebrity face of a Moscow bank.

FondServisBank, which works with Russian companies in the aerospace industry, said it had hired Chapman to bring innovation to its information technologies.

It did not escape Russians’ attention that the initials of the bank, FSB, are the same as Russia’s main spy agency.

Many ex-KGB spies have gone on the record slamming the shoddy and apparently antiquated spy craft of the 10, who were working for the Russian Foreign Intelligence Service, a successor of the Soviet KGB.

Putin, who served as a spy in East Germany before going into politics, said in July that he had met with the spies to celebrate their return and warned that the “traitors” who exposed them could end up “in a ditch”. 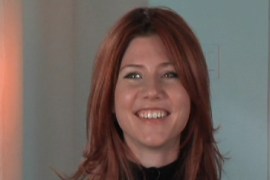 Cashing in on spy scandal

Anna Chapman, the Russian agent deported by the US, could make millions by selling her story. 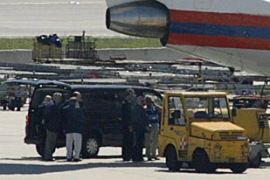 US and Russia complete spy swap

Russian agents reach Moscow after being exchanged in Vienna for four freed by Moscow. 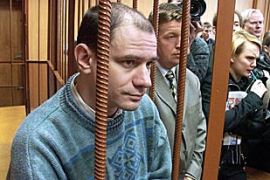