Xi Jinping, the Chinese vice-president, has been promoted to a key post in the Communist Party’s military committee, making him the front-runner to be the country’s leader within three years.

Xi was appointed vice-chair of the military committee by a council of about 200 senior party officials on Monday, as the party wrapped up its annual meeting.

Hu Jintao, the president, is due to step down as party chief in 2012 and as president a year later.

The 11-member military commission, which oversees the 2.3 million-member People’s Liberation Army, already has two vice-chairmen and is chaired by Hu.

“He and President Hu Jintao are the only two civilians on that commission,” he said.

“It’s a commission which holds power to appoint military positions, so therefore it’s really seen as the preliminary stage in somebody’s succession to the presidency in China.

Xi’s appointment to the commission has been viewed as a necessary step in preparing him for the top office. Hu was made a vice-chairman of the same body three years before taking over as president.

“Barring anything unexpected, Xi will be taking over as party leader,” Ni Lexiong, a professor at Shanghai’s University of Political Science and Law, said.

Xi, the son of a party veteran, became China’s vice-president in 2008, a year after he was promoted to the powerful nine-member standing committee of the party’s political bureau.

Previously, he was working in the wealthy eastern provinces of Fujian and Zhejiang, and served briefly as party chief of Shanghai.

In addition to promoting Xi, the Communist party council on Monday pledged to pursue political reform.

The council approved parts of an economic blueprint for the next five years that aims to narrow the increasing gap between rich and poor. Party leaders vowed more balanced income distribution,
improved health care, and a stronger social welfare net so ordinary citizens feel more confident about spending savings.

“We must persist in the strategy of expanding domestic demand and maintaining steady and relatively fast development,” the official statement from the meeting said.

“Accelerate the formation of a new pattern of economic growth driven by co-ordination of consumption, investment and exports.”

China’s economy has boomed over the past three decades, but unevenly so. Hundreds of millionaires have emerged while the urban poor struggle and development in the vast countryside lags. 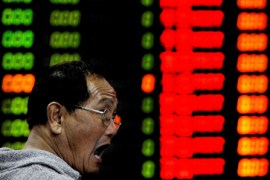