Israel and the Hamas movment, which controls the Gaza Strip, have resumed indirect negotiations aimed at securing the release of Gilad Shalit, an Israeli soldier captured four years ago.

Binyamin Netanyahu, the Israeli prime minister, announced on Sunday that the talks, conducted through a German mediator, had restarted after nearly a year-long hiatus.

“The contacts for the release of Gilad Shalit have resumed, there are many discrete efforts,” he told army radio, without elaborating.

Osama Hamdan, a senior Hamas spokesperson, confirmed to Al Jazeera that communications over a possible deal for the Israeli reservist had continued “at a low level”.

He blamed the slow progess of the talks on Netanyahu, saying his negotiating position was the main obstacle to reaching a deal.

“It is important to note that everyone that has been involved in the mediation of these talks realises that Netanyahu’s position is the reason behind the slow progress of these talks,” he said.

Hamdan said that no future talks with the mediator were planned at this moment.

Hamas fighters, along with members of Islamic Jihad, captured Shalit, now 24, in a cross-border raid in June 2006 and have demanded hundreds of Palestinian prisoners in exchange for his release.

Al Jazeera’s Sherine Tadros, reporting from Jerusalem, said that Hamas leaders have suggested in the past few days that there has been some movement on the Shalit issue, which has seen serious public pressure placed on the Israeli government.

“There is a continuous pressure from the Israeli side on the prime minister to give the public something in terms of an indication of when Gilad Shalit might come home, or at least tell them there is a process taking place,” she said.

“It is certainly in Hamas’ interest that the Israeli public are pressuring the Israeli government to make concessions that they have said they are not willing to make.”

The indirect talks, which have also involved Egyptian mediation, ground to a halt late last year when Hamas refused to formally respond to an Israeli offer.

Each side has blamed the other for the failed negotiations.

Shalit’s father Noam, also interviewed by army radio on Sunday, said he was not aware of any new talks over the issue.

“There is no progress, and everything is blocked. There are efforts, but nothing new because, ultimately, the prime minister has to take the right decisions,” he said. 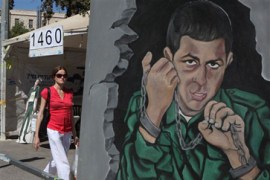 Is Gilad Shalit a prisoner of war?

Ali Abunimah asks what rights the captured Israeli soldier is legally entitled to. 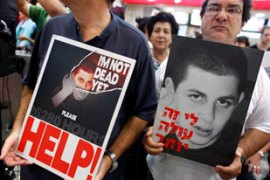 Supporters of seized soldier press Israeli PM to do more to secure his release. 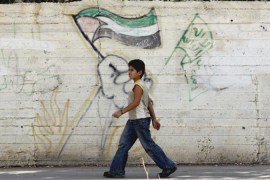 Excluding Hamas from current and future Palestinian-Israeli peace negotiations is an exercise in futility.