A senior aide to Vladimir Putin has been picked to be the new mayor of Moscow after the dismissal of Yuri Luzhkov, who ran the Russian capital for nearly two decades.

Sergei Sobyanin, who has been the Russian prime minister’s chief of staff since 2005, was named to the post on Friday by Dmitry Medvedev, the Russian president.

Sobyanin’s appointment will further strengthen Putin’s power base in the run-up to a 2012 presidential election in which he has hinted he may return to the Kremlin.

The appointment must now be formalised by Moscow’s city council.

During Luzhkov’s 18-year stint, Moscow was transformed from post-Soviet bleakness into a bustling international city which accounted for a quarter of the Russian economy in 2009.

But Luzhkov was also a frequent target of the press and was harshly admonished by the Kremlin over his response to the thick smog that enveloped Moscow in the wake of August’s wildfires.

Medvedev said that Sobyanin, 52, is an “experienced manager”who could tackle the capital city’s issues.

“Moscow unfortunately has problems linked to its capital status and huge population – traffic jams. Everyone talks about this”, Medvedev said In his announcement of Sobyanin’s appointment. Medvedev also criticised the city government’s use of “schemes that at the least make you question their legality” and said that little had changed in recent years.

Sobyanin’s career has no doubt benefited from his close ties to Putin and Medvedev.

Regarded as a Putin loyalist, Sobyanin if from the ethnic Mansi village of Nyaksimvol in Siberia’s resource-rich Khanti-Mansiisk autonomous district.

He worked at the Chelyabinsk pipe factory before starting a political career. Sobyanin rose through administrative ranks in the oil and gas town of Kogalym, and In 2001 was elected governor of the Tyumen oil-rich region, where the economy is the second-largest among Russia’s 83 administrative regions, after Moscow.

Sobyanin became very well connected with oil barons, including  Vladimir Bogdanov, CEO of Surgutneftegaz, and billionaire Roman Abramovich. He was also quick to seek – and secure – Putin’s approval to stay on in his job.

Sobyanin moved to Moscow as Putin’s Kremlin chief of staff in 2005, replacing Medvedev, who joined the government as a deputy prime minister before being officially anointed by Putin as his successor in 2008.

That same year Sobyanin moved to the cabinet after Putin became prime minister the day after Medvedev’s inauguration. 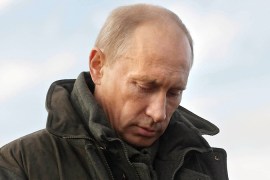 A difficult summer for Putin 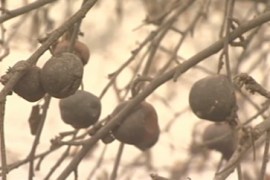 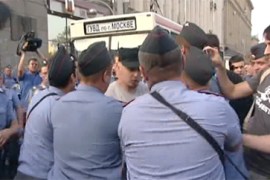