Nouri al-Maliki, Iraq’s prime minister, is to visit Syria to mend ties as he looks to strengthen relations and ease tensions between the two Arab countries.

The anticipated meeting, in Damascus on Wednesday, also comes as al-Maliki struggles to cling to his job amid a seven-month political stalemate that has left Iraq’s government adrift.

“This visit aims to improve relations in the political, economic and commercial sectors in the interests of both countries,” al-Maliki’s office said in a statement issued on Tuesday.

Iraq and Syria have suffered strained relations for years, going back decades.

Efforts to normalise relations suffered a blow last year, when al-Maliki accused Syria of harbouring those behind deadly blasts in Baghdad that killed around 100 people.

But last month, Iraqi leaders announced they would reopen their embassy in Damascus, and expected Syria to re-establish their ambassador in Baghdad.

Al-Maliki’s office said that his mission to Syria was part of a series of visits “to different Arab capitals in response to invitations which he has received”.

Muqtada al-Sadr, the Shia Muslim leader whose political bloc controls 40 seats in parliament, has thrown its support behind al-Maliki, whose party still falls short of the majority in parliament needed to form a government.

He hopes that al-Hakim, who has close ties with Syria, will soften his opposition to his candidacy for prime minister.

On Sunday, Iraq’s ambassador to Damascus resumed his duties, more than a year after the rift caused by truck bombings which Baghdad said were plotted in Syria, a charge denied by Damascus.

The envoys of Syria and Iraq were recalled by their respective governments in August 2009 in the wake of the bombings, which devastated the finance and foreign affairs ministries in Baghdad and left 95 dead and around 600 wounded.

Ali al-Dabbagh, the Iraqi government spokesman, said last month that the request for the extradition of the two men was still pending, but Iraq believed “relations need to develop with good will from both sides”.

Diplomatic ties between Syria and Iraq were severed in 1980 when the countries were ruled by rival wings of the Baath party and Syria backed Iran in a devastating war with Saddam Hussein’s Iraq that broke out that year.

Relations started to thaw in 2000 and the two states decided in 2006 to resume formal ties, three years after the US-led invasion of Iraq that was opposed by Syria.

In April 2009, Mohammed Naji Otri made the first trip by a Syrian prime minister to Iraq since the invasion which toppled Saddam and his government. 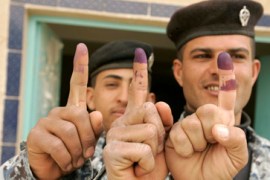 Outcome of the poll may affect national interests of Iran and Saudi Arabia. 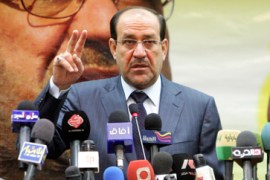 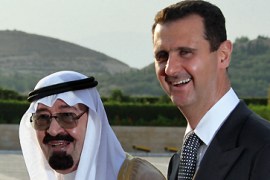 Damascus avoided conflict with the West and won back regional influence, says analyst.