With the US mid-term polls only more than three weeks away, US president, Barack Obama, has called on members of his Democratic party to revive the energy and the passion that carried him to the White House during his successful 2008 election campaign.

But the sluggish economy and the costly wars in Afghanistan and Iraq are making his bid uneasy. Opinion polls show that voters are sceptical of his administration, despite reassurances. As a result, Obama’s party might lose control of both chambers of the US Congress.

Al Jazeera’s Rosiland Jordan was at the Philadelphia rally in which he addressed his supporters. 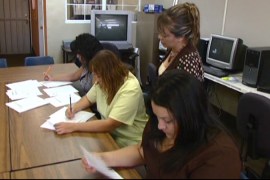 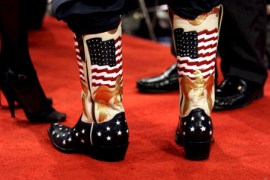 Riz and his guests discuss the future of the post-Bush Republican party. 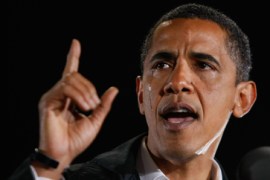 Obama: What kind of president?

Al Jazeera’s Rob Reynolds assesses how a possible Obama presidency may shape up.