Iran is ready to hold talks with six major powers over its nuclear programme “in late October or early November,” Manouchehr Mottaki, the country’s foreign minister has said.

“We think late October or early November will be an appropriate date for the talks by the representatives of Iran and 5+1 countries,” Mottaki told a news conference on Saturday.

He gave no details about the venue of the talks but Western officials say they could take place in Vienna or Geneva.

“If Iran is ready to hold talks, all they need to do is pick up the phone and set a date,” P J Crowley, a spokesman of the US state department, said.

Talks between Iran and the five permanent members of the UN Security Council – the United States, Britain, France, Russia and China – as well as Germany – meant to address concerns about Tehran’s uranium enrichment, stalled in October last year, leading to a toughening of international sanctions.

A spokesman for Catherine Ashton, the EU foreign policy chief, said there was no official date set for nuclear talks with Iran.

“This is news to us. There has been no official date set for talks, nor has there been any official correspondence received by […] Ashton or her services with regard to a date for talks,” the spokesman said.

Ashton “remains ready to talk and is hopeful this can happen very soon,” he said.

The US and its European allies fear Iran’s declared civilian nuclear energy programme is a cover to develop the capability of producing nuclear weapons.

Mahmoud Ahmadinejad, the Iranian president, has set conditions for further talks, saying a greater variety of countries must be involved, the parties must say whether they seek friendship or hostility with Iran, and they must express a view on Israel’s alleged nuclear arsenal.

The West is wary of what it sees as Iranian efforts to dodge the main issue in talks, buying time for advances in uranium enrichment.

Iranian officials have regularly insisted that during any talks Tehran would reiterate that its nuclear rights be recognised.

Meanwhile, Ali Akbar Salehi, Iran’s atomic chief, said Western spying on its nuclear facilities had been thwarted by Tehran ensuring that its physicists and engineers are better looked after.

Salehi said that in the past Western countries had lured Iranian nuclear specialists abroad “with offers of better education or jobs outside Iran,” the Fars new agency reported.

“People who fell for it in the past unfortunately leaked information abroad,” it quoted him as saying.

“But the (Iranian Atomic Energy) Organisation has been able to gain the trust of its engineers and address their concerns, so they can continue to work in the organisation without any concerns.”

This was not the first Iranian admission of Western or Israeli espionage against its nuclear programme. Iran has arrested several suspected spies in the past, and prosecutors generally seek the death penalty for those convicted.

In November 2008, telecommunications engineer Ali Ashtiari was executed after being found guilty of involvement in a Mossad plot to intercept the communications of Iranian military and nuclear officials.

His remarks came after reports that the Stuxnet Internet worm virus was mutating and wreaking havoc on computerised industrial equipment in Iran.

Analysts believe the virus may have been designed to target Iranian nuclear facilities, especially the Russian-built power plant in the southern city of Bushehr.

Salehi said Iran had now ensured that sensitive information about its nuclear programme was not easily accessible.

“In the past, people had easy access to information, but this is no longer true. It is not necessary for everyone to know about everything,” he said.

Iran had “full control” over its computer systems, Salehi said, adding that the West was “coming out with new methods daily” to target its atomic programme. 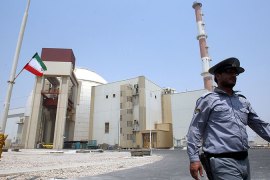 Arrests reported as Iran says it is able to fight malware detected on computers at Bushehr nuclear plant. 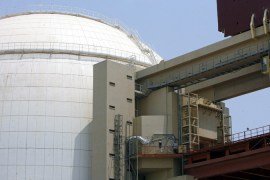 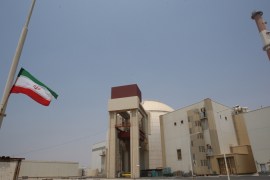 West hits out at Iran over ban on IAEA inspectors, while Tehran rejects demand to let them back into the country.