At least two Palestinians have been killed in an Israeli military operation in the West Bank city of Hebron.

The deaths occurred following an early morning raid on Friday on a house in the Old City of Hebron, Al Jazeera’s Nour Odeh, reporting from the West Bank city of Ramallah, confirmed.

“Eyewitnesses have confirmed two Palestinians have been killed; there are also reports of several injuries and several people having been detained,” she said.

Odeh said that Hamas confirmed that the two killed are Nash’aat Al-Karmi, a senior military commander and Mamoun Al-Natshe, a local commander in Hebron.

“The Hamas military wing has called this a murderous attack and has avowed revenge,” she said.

The Israeli army confirmed the killings, saying that Al-Karmi, a 33 year old resident of Hebron, was wanted in connection with the fatal shooting of four Jewish settlers on August 31.

A statement issued by the Israeli military does not say that Mamoun Al-Natshe, a 24 year old resident of Hebron who was previously arrested in 2008, was wanted in connection with the shootings.

One man was killed when Israeli soldiers shot at him, while the other “hid in a building which the [Israeli] forces surrounded, calling on him to surrender”. The statement said that the forces “employed engineering tools in order to cause him to exit the building”, and he was eventually killed.

Since the attack on August 31st, “a number of arrests and investigations of facilitators have been carried out,” the statement said.

“During these investigations, information regarding planned future terror attacks and the re-establishment of the Hamas military wing in Hebron was revealed.”

The operation appeared to be ongoing in search of what Israel called “suspected militants”, but “the Israeli army has not really given us a lot of information,” our correspondent said.

“Even journalists who were on the site have reported that they have been attacked by Israeli soldiers, their video material confiscated.

“It has been extremely difficult getting through to that part of Hebron, which is effectively under Israeli control.

The Qassam Brigades, military wing of Hamas, called on the called on Palestinian Authority to stop security coordination and release Hamas members in detention. 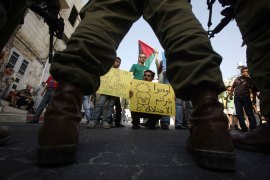 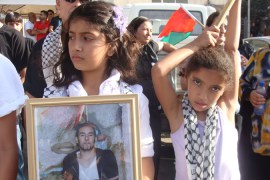 ‘And then the night came down’

Families of Palestinian-Israelis killed at the start of the second intifada are still fighting for justice a decade on. 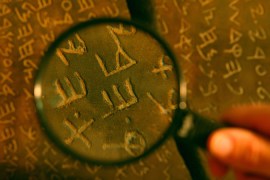 In historic Palestine archeology is at the centre of a power struggle in which every stone has meaning.