The United Arab Emirates has dropped a threat to suspend Blackberry services after resolving a dispute with the Canadian maker of the devices, Research in Motion (RIM).

The Gulf Arab state gave no details on Friday of what RIM had agreed to beyond stating that Blackberry services were now compliant with UAE telecoms regulations.

RIM has been in disputes this year with a number of countries in the Gulf and elsewhere over its encrypted e-mail and messaging services, which governments want monitored.

The UAE had said it would suspend Blackberry Messenger, e-mail and web browser services on October 11 unless RIM worked out a way to locate its encrypted computer servers in the country so that the government can get access to e-mail and other data – the same access it says the US, Russia and other states have.

“The Telecommunications Regulatory Authority (TRA) has confirmed that Blackberry services are now compliant with the UAE’s telecommunications regulatory framework,” the UAE state news agency WAM said in a statement.

“Therefore all Blackberry services in the UAE will continue to operate as normal and no suspension of service will occur on October 11, 2010.”

Saudi Arabia and India had also threatened to cut off services before they reached agreements with RIM and a UAE official had said in September the country was optimistic about getting a deal before the October 11 deadline.

Before the dispute, information sent to and from Blackberrys had been encrypted and handled by servers outside the UAE.

RIM has said the location of its servers makes no difference to the ability to decrypt the data flow on its devices.

A key issue is how to maintain the security of Blackberry Enterprise Servers (BES), the servers that control corporate email.

“It’s not clear what the fix was and it’s a big issue,” Theodore Karasik, a Dubai-based security analyst, said.

“If the regulator says the fix answers the security concerns of the UAE that could mean a server has been placed here, or a storage facility that the government can access and monitor,” he said.

In Saudi Arabia, a source close to talks said in August that RIM had agreed to share the unique pin number and code for each BlackBerry registered there, allowing authorities to read encrypted text sent via Blackberry messenger.

“Either they will continue services as usual or RIM has given them access to one or two elements of security such as the encryption key, or limited access in extreme circumstances,” Shardul Shrimani, telecoms analyst at IHS Global Insight, said.

Many in the UAE expected the dispute to be resolved before October 11 – few users had switched to other smartphones – but the imminent deadline caused some jitters nonetheless. 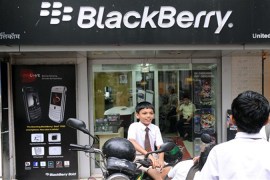 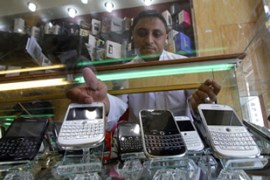 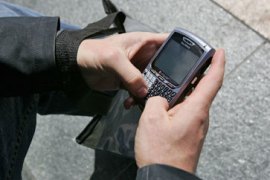 Behind the Blackberry ban

What is behind the decision to ban Blackberry services in Middle East countries?

Is BlackBerry a threat or is the ban just another move to restrict personal freedom?