Uganda’s president says the UN Security Council is considering his request to appeal for more funds to expand the peacekeeping mission in Somalia.

He said his country is willing to provide as many as 20,000 troops to help stabilise the country – if the UN gives him the funds to do so.

“The number is not a big deal, we can provide any number,” Museveni said after a more than hour-long meeting with UN envoys visiting his country.

“What’s the alternative? … Somalia should not be taken over by terrorists. That’s the bottom line.”

“Funding, I don’t care who it comes from, it should come from those who have got money. We have got experience, we have got a history, we have got a tradition as a fighting force. But we don’t have that type of money, especially for a country that does not have a border with us.”

Museveni told reporters after his meeting that members of the Security Council are studying his proposal to “get more familiar with the issue”, though he added that he had not received any promises from the group.

Somalia, which has not had a fully functioning government in almost 20 years, has been gripped by violence for more than two decades. Hundreds of thousands of people have fled their homes, creating one of the world’s worst humanitarian crisis.

Some 6,000 AU peacekeepers from Uganda and Burundi – with a UN mandate to protect the presidential palace and the airport – are in place in an effort to restore peace and order in the capital, Mogadishu.

Ugandan troops make up the bulk of the 7,200-strong Somalia mission, known as Amisom.

Somalia’s transitional government controls little of Mogadishu while fighters belonging to al-Shabab, a group which seeks to topple the UN-backed administration, holds sway over much of the rest of the city and large areas of the country.

Uganda’s Museveni has been urging greater urgency in regional and international efforts to stabilise Somalia since al-Shabab fighters claimed responsibility for twin bomb blasts in July that killed nearly 80 people in the Ugandan capital, Kampala.

Al-Shabab said that the attacks were in response to the deaths of Somali civilians at the hands of AU peacekeepers. 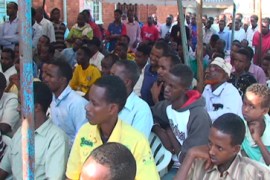 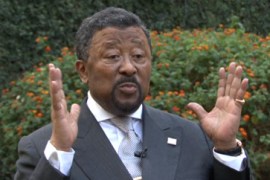 Summit in Uganda will for the next three days tackle the crisis in Somalia. 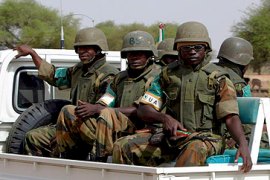