At least four people have died in a suspected US drone attack in northwest Pakistan’s tribal area.

Thursday’s attack followed US and Nato apologies for a September 30 attack that left two Pakistani soldiers dead. The men were killed when Nato helicopters mistook them for insurgents they were pursuing.

Osama bin Javaid, news editor for DawnNews, called the US-Pakistan relationship “very fractured” and told Al Jazeera that the increasing number of drone attacks are “the bone of contention between the two states which are key allies in the war on terror”.

Pakistan said on Thursday that there was “no justification nor understanding” for US drone strikes on its soil, which have killed about 150 in the past month.

“We believe that they are counter-productive and also a violation of our sovereignty,” Abdul Basit, a foreign ministry spokesman, told reporters. “We hope that the US will revisit its policy.”

Pakistan has decided not to reopen a key border crossing used by Nato for supplies to Afghanistan, despite the US apology over the soldiers’ deaths.

Basit said that authorities were still evaluating the situation and a decision to reopen the Torkham crossing will be taken “in due course”.

Hundreds of lorries have been stranded near the closed border while others have been stuck in traffic on the way to the one route into Afghanistan from the south that has remained open.

Taliban fighters have taken advantage of the impasse to launch attacks against the vehicles. A driver was killed and about 70 fuel tankers were set on fire in attacks on Wednesday.

US and Pakistani officials had predicted the border crossing would be reopened in a matter of days, and that the apology would provide Pakistan with a face-saving way to back down.

But even if the border is reopened, underlying tensions will remain in the US-Pakistan relationship, especially over Pakistan’s unwillingness to go after Afghan Taliban fighters on its territory.

A leaked report from the US state department has criticised Pakistan’s military and the president for failing to confront the Taliban and al-Qaeda.

The report also claimed that agents of the Pakistani intelligence agency (ISI) are actively encouraging the Taliban to attack Nato troops.

But Hamid Gul, the former ISI chief, told Al Jazeera that those allegations were baseless.

“This it is not possible because the Americans have permeated almost every department of Pakistan and it’s not possible for the ISI to be cheating them,” he said. “This is absolutely ridiculous.”

Meanwhile, the Pakistani Taliban has vowed more attacks to avenge the drone attacks.

“We will further intensify attacks with the intensification of US drone strikes on us,” Azam Tariq, a spokesman for the Tehreek-e-Taliban told the news agency AFP. 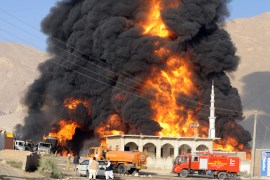 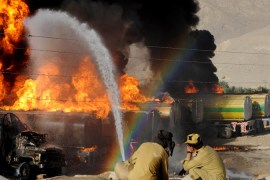 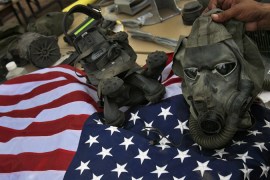