At least three bombs, which apparently targeted a police convoy in Afghanistan’s Kandahar province, have killed at least nine people, including many children, and injured more than 20 others, Al Jazeera has learned.

The blasts took place in a residential area in the west of Kandahar city, in the country’s south, on Tuesday.

“We are hearing that the attack was aimed at a police convoy. The first explosion hit this police convoy. Another team [of security forces] rushed to see if they could help the survivors of this explosion when the second and a third explosions went off,” Sue Turton, Al Jazeera’s correspondent reported from Kabul, the capital.

Eight children were among the dead, Zalmai Ayoubi, a provincial government spokesman, said.

“We think they were IEDs [improvised explosive devices] that were set off. Kandahar hospital is saying that nine people have been killed and 21 have been injured,” our correspondent said.

Local radio and television stations put out urgent appeals for residents to donate blood to help treat the casualties. And a reporter with the AFP news agency saw dozens of Afghans line up at a hospital to comply with the request.

Although there was no immediate claim of responsibility, the Taliban has been blamed for bombings targeting the government in Kandahar, which has seen a marked increase in violence in recent years.

“It is almost an identical attack to one that happened last night, also in Kandahar, where another troop and police convoy was attacked … [with several bombs] leaving four people and injuring 11,” Al Jazeera’s Turton said.

Also on Tuesday, the US-led International Security Assistance Force (Isaf) announced that one of its soldiers was killed in a roadside bomb attack in the south. It provided no further details on precise location or nationality.

The 2010 annual toll of foreign troops killed in the Afghan war is the highest since the war began in 2001, and the death took the number to 562, according to a tally by independent website icasualties.org. 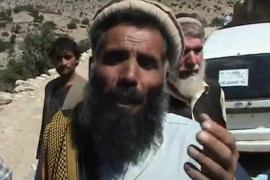 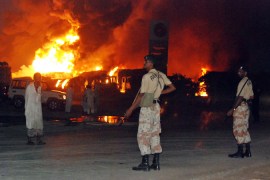 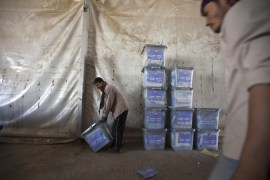