Chaudhry was taken into custody with five other people on Friday and is expected to face court on Monday.

The news website Fijivillage said Chaudhry was detained for allegedly holding public meetings, which have been outlawed.

The site also said that police had not yet publicly revealed the charges against Chaudhry, the leader of the opposition Fiji Labour Party.

“[Chaudhry] is a little puzzled by this one…Under the many regime rules, he could be charged with many things,” Michael Field, South Pacific correspondent for Fairfax Media, told Al Jazeera.

“He represents a latent force that can overthrow [the military government] or even perhaps win a general election if and when one is held,” Field said.

He added that Chaudhry was acting in his capacity as secretary of the National Farmers Union when he was arrested.

He is one of the main opposition voices in Fiji, where the media is heavily censored and political parties cannot issue statements seen as destabilising Voreqe Bainimarama’s government.

Fiji has been wracked by political instability over the last 20 years.

Relations have long been fraught between Fijians and ethnic Indians, who control much of the economy.

Bainimarama, who seized power in a 2006 coup, imposed emergency regulations banning public meetings when he abrogated the constitution in April last year.

He subsequently scrapped plans for an election, saying conditions were not right – but promised to hold a vote in 2014.

In July, Chaudhry appeared in court on several charges unrelated to his latest alleged offence, including money laundering and tax evasion. 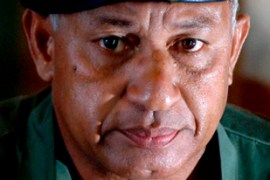 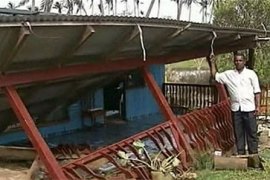 Fiji picks up pieces after cyclone

Relief officials in Fiji have said they fear an outbreak of diseases such as typhoid and diarrhoea could hit evacuation centres housing thousands of people displaced by a powerful tropical storm. Cyclone Tomas pounded the island nation for three straight days and officials say many areas remain cut off. Al Jazeera’s Divya Gopalan reports. 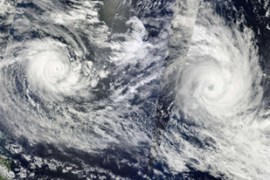