China is set to host its first UN climate conference but hopes are dim that the event will see the major breakthroughs that environmentalists are hoping to achieve.

Some 3,000 delegates will converge in the northern port city of Tianjin on Monday for the latest round of protracted negotiations aimed at securing a post-2012 treaty on tackling global warming.

China, the world’s biggest emitter of greenhouse gases and blamed by many developing nations for derailing last year’s Copenhagen talks, hopes to use the event to showcase its green credentials.

The Tianjin talks are aimed at building momentum and finding areas of agreement ahead of the annual summit of the 194-member UN Framework Convention on Climate Change (UNFCCC) in Cancun, Mexico, starting on November 29.

The final objective is a treaty aimed at curbing the greenhouse gases that scientists say cause global warming, which in turn could have catastrophic consequences on the world’s climate system.

“Tianjin… is where governments will need to cut down the number of options they have on the table, identify what is achievable… and muster political compromises that will deliver what needs to be done in Cancun,” Christiana Figueres, the UN climate chief, said.

But even the most optimistic forecasts for the six days of talks foresee only incremental progress amid the continuing fallout from last year’s failure in Copenhagen by world leaders to forge a legally binding, comprehensive deal.

“Our expectations are not very high, in the sense that we have not witnessed a willingness from governments to really move the negotiations forward,” Wendel Trio, the climate policy director for Greenpeace International, told the AFP news agency.

Many are hoping the treaty will not face any hiccups and be sealed in South Africa a year later, in time to replace the Kyoto Protocol that expires at the end of 2012.

Analysts say China is doing so partly to demonstrate its commitment to the UN process and clean energy.

“We think this is a significant step showing that China wants to be an active participant and contributor to the negotiations,” Barbara Finamore, the programme director of Natural Resources Defence Council China, said.

“It’s probably trying to show it is… taking the lead in negotiations and [does not want to be] seen as obstructionist.”

Nevertheless, China is expected to remain firm in Tianjin and beyond on many of the key disputes with the US and other developed nations that have led to the current gridlock.

One of the highly-sensitive issues is how much money developing countries will receive to help them deal with climate change.

Wen Jiabao, the Chinese premier, on a two-day visit to Greece said on Saturday both countries were exploring ways to save energy and cut greenhouse gases in commercial shipping.

“To modernise Piraeus, we have to make efforts to cut greenhouse gas emissions,” he said in a statement during a visit to the premises of the Chinese shipping giant Cosco at the Greek port of Piraeus, near Athens.

Wen said he signed two agreements on economic co-operation in commercial shipping with George Papandreou, the Greek prime minister, to set up a “research centre devoted to the reduction of greenhouse gas emissions in the merchant navy”.

“The merchant marine is an important sector of co-operation between the two countries because 60 per cent of crude oil is imported in China on Greek boats and 50 per cent of Chinese merchandise is transported on Greek boats,” he added. 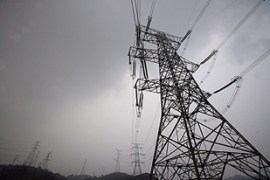 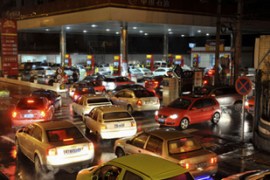 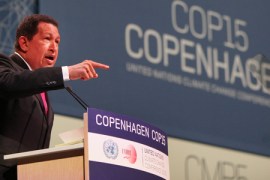 Copenhagen: A lesson in geopolitics

Climate talks were paralysed by the growing chasm between rich and poor countries. 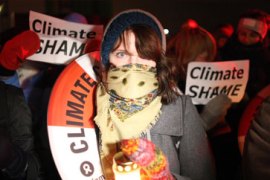 Little accord in Copenhagen

Some delegates hail deal as a step forward, but it seems like only a small step.