Southern Israel has suffered thousands of missile strikes by groups in the besieged Gaza Strip during the past decade. Such rocket fire was cited as a key reason for its three-week offensive on the Hamas-ruled Gaza Strip that ended last January.

Hezbollah, the Shia group which controls large areas of southern Lebanon and opposes Israel, is said to have more than 40,000 rockets.

Placing the defence shield along its borders with the occupied West Bank would ease security fears, removing one reason for Israeli control there.

Shlomo Dror, is defence ministry spokesman, told Al Jazeera: “In the future it will provide more security for people living around Gaza and all over Israel.

“Its very import for is to find some kind of solution with the Palestinians in the West Bank … that will enable Israel to take some steps towards the Palestinians after having [greater] measures to protect Israelis.”

However, Dror earlier told reporters that the system will not provide 100 per cent protection against rocket attacks.

The Iron Dome uses small radar-guided missiles to target small rockets and mortar bombs within a 5km and 70km range.

Israel already has a long-range missile defence system and is planning to develop a medium-range system in coming years.

Israel withdrew from the Gaza Strip in 2005, but currently maintains a blockade on the territory.

The impetus behind the Iron Dome project was Israel’s 2006 war with Hezbollah, during which the Shia group fired about 4,000 rockets into the north of the country. 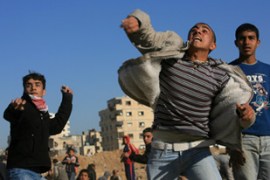 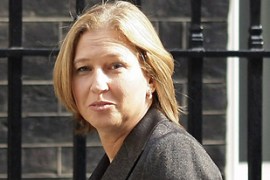 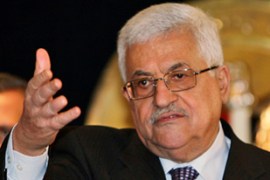 Israel presses ahead on settlements 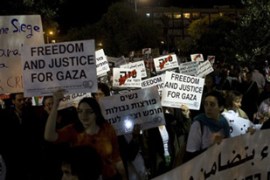 Arab and Jewish protesters rally in Tel Aviv to protest against Israel’s blockade on Gaza.