All but Cuba are Muslim-majority nations.

The Cuban government said a note of protest had been delivered to Jonathan Farrer, head of US interests in Havana, Cuba’s capital, and to the state department in Washington.

Nigerian authorities also expressed anger at being placed on the list.

The Nigerian Compass said the federal government condemned the new measures as  “unfair discrimination against over 150 million Nigerians because of the behaviour of one person”.

The controversy comes amid criticism from Barack Obama, the US president, over the country’s intelligence agencies for failing to disrupt the attempted bombing.

In a news conference on Tuesday, Barack Obama said agents had sufficient information to stop the attempted attack but “failed to connect the dots”.

“This was a screw-up that could have been disastrous,” the president said during the meeting in the White House situation room, according to the White House media office.

“We dodged a bullet but just barely. It was averted by brave individuals, not because the system worked, and that is not acceptable,” he told them.

Umar Farouk Abdulmutallab, the Nigerian arrested over the failed bombing, was allowed to board a flight in both Lagos and Amsterdam.

This happened despite US intelligence agencies and the state department having received information that many critics have said should have seen him placed on a so-called “no-fly” list.

Obama said the system of so-called watch lists of potential suspects would be reviewed in light of the attempted attack.

In the wake of the 9/11 attacks in New York and Washington, the FBI and other US agencies drew up lists intended to prevent suspected criminals or people labelled terrorists from boarding flights to and within the US.

The “watch list” comprises 550,000 names of people who US authorities believe have possible ties to terrorism but do not present a specific threat and are allowed to fly.

The much smaller “no-fly” list comprises about 4,000 people who the US claims present a known, specific or suspected threat to aviation. 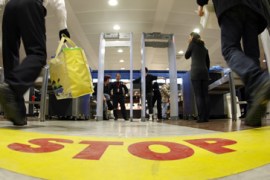 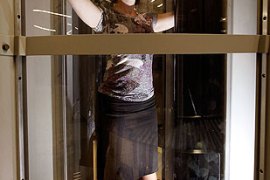