Kamal Hyder, Al Jazeera’s correspondent in the capital Islamabad, said it was hard to say whether those who died were opposition fighters or citizens.

“We never know whether they are militants or civilians because if you look at the number of strikes and the number of casualties on the ground the militants do not figure very prominently,” he said.

“Today … there was the first strike by the drone in which six people were killed. Immediately after that people went to the rescue and as the rescue efforts were still underway the second strike took place, causing the death toll to rise to at least 15 people.

“This is likely to cause considerable anger because that rescue effort was an effort to save lives and as it came under attack it is likely to raise tensions between Pakistan and the US.”

The US has identified North Waziristan as an area from where al-Qaeda, the Taliban and the large Haqqani network launch attacks on their own and international forces in Afghanistan and is increasingly initiating crackdowns in the region.

At least seven US CIA agents were killed by a suicide bomber last week across the North Waziristan border in Afghanistan.

There have been a reported four drone attacks in North Waziristan since the CIA deaths, killing at least 20 people.

At least 74 US drone missile strikes have killed nearly 700 people in Pakistan since August 2008.

Separately, a bomb attack has killed three security personnel outside an army base in Pakistani-administered Kashmir, close to the line separating it from Indian territory, police say.

The attack came one day after Asif Ali Zardari, the Pakistani president, visited the area.

The injured were removed to a hospital in Rawla Kot, an adjoining town.

Tarar Kehl is a small village with a local population of around 6,500 people.

Raja Farooq Haider, the elected leader of Pakistani Kashmir, confirmed the news of the explosion.

“The bomb blast took place in an army area. The authorities are on site. We have taken the injured to the nearby Rawla Kot hospital,” he told Geo.

“Police and experts are investigating whether it was a suicide blast or a planted bomb.”

Speaking from the nearby town of Pallandri, Irfan Masaood Kishvi, a senior police officer, told the AFP news agency: “It was a bomb blast. It could be a suicide blast, but we are collecting the evidence.

“It was outside the army barracks … . Three security personnel have been martyred and three wounded. The injured have been taken to the Combined Military Hospital.” 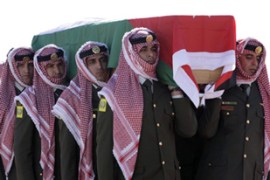 CIA base bomber ‘was double agent’

Reports say man behind blast at Afghanistan base was Jordanian intelligence recruit. 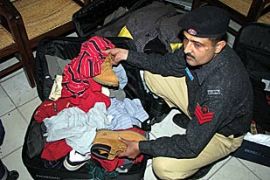 US detainees remanded in Pakistan

Five US citizens appearing in court deny plotting attacks in Pakistan and Afghanistan. 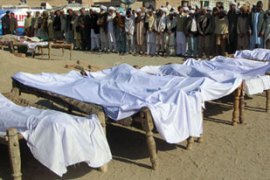