A suicide bomber who killed eight people when he attacked a US base in Afghanistan has been identified as a “double agent” working for Jordanian intelligence, according to US media and intelligence reports.

Al Jazeera sources in Afghanistan said on Tuesday that the man, identified as Hammam Khalil al-Balawi, had been brought to the base in the eastern Afghan province of Khost, by car, from across the border in Pakistan.

Al-Balawi, also known as Abu Dujana al-Khorasani, is believed to have offered the CIA new information on the whereabouts of Ayman al-Zawahiri, the al-Qaeda second in command.

He had apparently duped his employers into believing that statements he had made in the past on websites about wanting to die as a martyr were part of his cover.

Al-Balawi, who had in the past been imprisoned in Jordan, is thought to have been recruited by Jordanian intelligence to help track down al-Zawahiri because of his connections with al-Qaeda.

Bruce Riedel, a former CIA officer and White House adviser, said that according to unconfirmed intelligence reports, al-Zawahiri himself had ordered al-Balawi to carry out the attack using the pretext of information about his whereabouts.

US spies in Afghanistan ‘ignorant’

“The bomber allegedly was sent by Ayman Zawahiri himself to conduct the attack and claimed he had information on Zawahiri,” Riedel was quoted by the AFP news agency as saying.

The Jordanian government has not responded to requests for comment on the story.

Nisreen el-Shamayleh, Al Jazeera’s correspondent in Amman, the Jordanian capital, said: “In the past al-Balawi had been imprisoned and tortured in Jordanian prisons for participating in al-Qaeda meetings. That was way back in the past.

“We do know that he wasn’t actually recruited by the Jordanian intelligence for very long.”

Al-Balawi, who was from the Jordanian town of Zarqa, is also known to have trained and worked as a doctor in a hospital in Amman.

The US monitoring service Site Intelligence said that so-called jihadist websites had reported al-Balawi’s arrest in December 2007 without specifying where he had been arrested.

Site also reported that al-Balwai was a prolific contributor to such websites, even after his release from custody when he was supposed to be working as a Jordanian agent, the monitoring group added.

In a September 2009 posting on a site run by al-Qaeda, he wrote: “If [a Muslim] dies in the cause of Allah, he will grant his words glory that will be permanent marks on the path to guide to jihad, with permission from Allah,” according to SITE.

“If love of jihad enters a man’s heart, it will not leave him even if he wants to do so. Indeed, what he sees of luxurious palaces will remind him of positions of the martyrs in the higher heaven.”

El-Shamayleh said the attack would likely damage relations between the CIA and Jordanian intelligence.

“For many years Jordanian intelligence has been one of the CIA’s closest and most useful allies in the Middle East. The attack could be embarrassing for the [Jordanian] government,” she said.

“Jordan has always tried to present itself as an ally and a partner with the US in its ‘fight against terror’.”

In 2006, Jordanian intelligence helped track down Abu Musab al-Zarqawi, the leader of al-Qaeda in Iraq, who was killed in an air raid in Iraq in June that year.

The new details of attack on Forward Operating Base Chapman run contrary to earlier claims that the Taliban were behind the attack.

Soon after the blast Zabiullah Mujahid, a Taliban spokesman, said in an email: “This deadly attack was carried out by a valorous Afghan army member when the officials [Americans] were busy gaining information about the mujahideen.”

The Afghan government later rejected the claim that the bomber had been from the Afghan army.

The attack in Khost was the worst single loss of life for the CIA since the bombing of the US embassy in Beirut in 1983.

Following the attack, the base was locked down.

An Al Jazeera source said about 150 mostly Afghan labourers at the base were detained for three days.

The CIA has not released the names of those killed or provided details about the work its agents had been carrying out, citing “the sensitivity of their mission and other ongoing operations”. 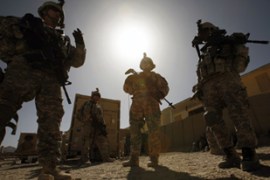 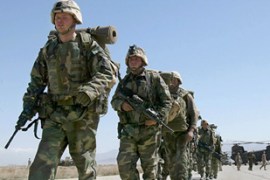 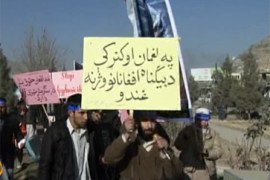 Government demands foreign troops behind civilian deaths be handed over. 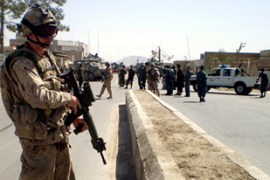