Israel’s settlement building has also stalled the peace process as Palestinians have demanded a complete settlement freeze before negotiations can continue.

“Our main demand before we return to negotiations is a complete halt to settlement,” Mahmoud Abbas, the Palestinian president, told Al Jazeera.

The Palestinian leader’s comments follow talks in Egypt with Binyamin Netanyahu, Israel’s prime minister, and Hosni Mubarak, the Egyptian president who is mediating the talks.

In November, Netanyahu announced a 10-month suspension on settlement building in the West Bank, but excluded East Jerusalem.

Israeli media reported officials in Netanyahu’s office as saying the Israeli prime minister was “encouraged” by the three-way meeting in the Egyptian resort city of Sharm el-Sheikh, but the continued settlement building makes progress on peace talks unlikely.

In his comments to Al Jazeera, Abbas reiterated the Palestinian position that Netanyahu’s temporary suspension of settlement building was inadequate.

“The agreement with the US administration and Netanyahu was a partial one; meaning there is halt for a temporary time – a ten-month period of time – and it excludes Jerusalem and excludes around 3,000 residential units in the West Bank and others,” he said.

“We have rejected this, and we still reject it.

“We want the Israeli government to completely halt settlement [building] in Jerusalem and in other areas, and, second, to recognise the international reference – or the roadmap plan – and the return to the 1967 border.” 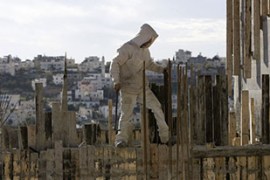 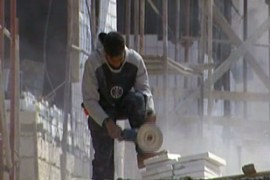 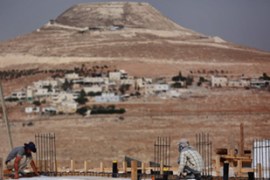 Gunmen kill the man in shooting attack near an Israeli settlement in the West Bank.