Mohammad Ayub Khan, a district police chief, was quoted by the AFP news agency as saying a three-member team had been formed to investigate the attack.

The volleyball game had been organised by a peace committee and police said the elders, who had helped set up an anti-Taliban armed group in the area, were probably the real target.

Across Pakistan’s northwest, where there is little policing, various tribes have taken security into their own hands over the past two years by setting up “lashkars”, or armed groups to fend off the Taliban.

Lieutenant-General Talat Masood, a retired army officer and prominent defence analyst, said the attack was most likely carried out as a revenge attack by Taliban forces.

“Definitely these are militant elements from North Waziristan and Taliban who have been very angry because the military had had a successful operation in Lakki Marwat and been able to clean up the place,” he told Al Jazeera.

“I think they wanted to retaliate and this was a response – they had in mind those people who were supposed to be pro-government.

“They had formed the lashkar to defend themselves because the army, after having cleared the area, had left it to these people to defend it.”

Lakki Marwat district lies in the North West Frontier Province, close to North and South Waziristan, a tribal region where the army has been battling the Pakistani Taliban since October.

The military operation was undertaken with the backing of the US, which is eager for Pakistan to free its tribal belt of fighters that it believes are involved in attacks on Western troops in Afghanistan.

Since the Pakistani army launched a ground offensive in South Waziristan in October, bombings have plagued Pakistan and killed more than 500 people.

Pakistan’s security situation has deteriorated over the past two and a half years and violence has killed more than 2,800 people since July 2007.

In separate incidents on Friday, fighters blew up two boys’ schools and a health centre in the Bajaur tribal region, officials said. 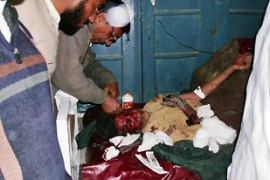 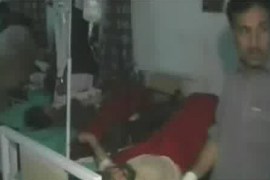