North Korea has made similar pledges before and analysts have said Pyongyang may call for separate discussions on formally establishing diplomatic ties with the US before it agrees to resume six-party nuclear talks involving the two Koreas, Japan, Russia, China and the US.

In Washington, a state department official said the North should demonstrate its good intentions by returning to the six-party talks on its nuclear programme, which were last held a year ago.

“Actions speak louder than words,” the official said, speaking on condition of anonymity. “A good step forward would be to return to six-party talks.”

Yoo Ho-yeol, a professor of foreign politics at the Korea University, told Al Jazeera that North Korea’s actions will be closely watched in the coming year.

“I think according to the editorial, North Korea is trying to build a peace machanism on the Korean peninsula through dialogue and negotiations,” he said.

“But these are words, and we need to pay more attention to what North Korea will do after getting back to six-party talks, if that’s possible.”

Following a December visit by US envoy Stephen Bosworth who carried a letter to Kim Jong-il, the North Korean leader, from Barack Obama, the US president, Pyongyang has indicated it could return to the talks it abandoned in 2009.

North Korea reneged on a six-party deal to halt its nuclear programme in exchange for aid and an end to its international isolation about a year ago and was hit with fresh UN sanctions for its second nuclear test conducted in May.

The US and Pyongyang’s neighbours want it to at least return to an agreement it walked away from to take apart its ageing Yongbyon nuclear plant, which makes plutonium, and let international inspectors back into the country.

The New Year editorial also put great emphasis on what it called bringing about “a radical turn in the people’s standard of living”.

This would be achieved by quicker development of light industry and agriculture, KCNA said.

“Our building of the country into an economic giant is aimed, to all intents and purposes, at radically improving the people’s standard of living,” the editorial quoted Kim as saying.

Friday’s editorial also warned neighbouring South Korea against “committing acts that may aggravate the confrontation and tension, and take the road of respecting the inter-Korean declarations, promoting north-south dialogue and improving the relations between both sides”. 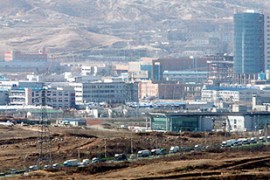 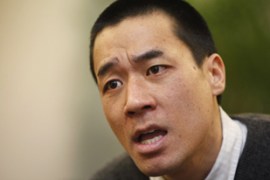 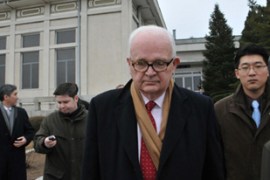 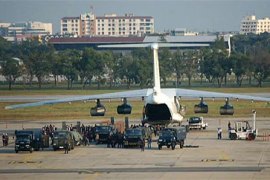