One in five of the plant species that sustain life on our planet is in danger of extinction, according to a new British study pegged as the first global analysis of risks to plant species.

Scientists from Britain’s Botanic Gardens at Kew, London’s Natural History Museum and the International Union for the Conservation of Nature, or IUCN, found that more than 22 per cent of the world’s 380,000 plant species were endangered, critically endangered or vulnerable, the study released on Wednesday said.

Most damaging is agriculture, which affects 33 per cent of threatened plant species. Logging, development and land for livestock are also destructive, the study found.

“The diversity of plants underpins all life on earth, so it is sobering that our own species is threatening the survival of many thousands of plant species,” Neil Brummitt, a botanical diversity researcher at the Natural History Museum, said.

Scientists used the data from the five-year study to draw up a draft red list for plants.

Governments will gather next month to set new targets for conservation at a UN summit in Nagoya, Japan.

“We cannot sit back and watch plant species disappear – plants are the basis of all life on Earth, providing clean air, water, food and fuel. All animal and bird life depends on them, and so do we,” Hopper, director of the Royal Botanic Gardens in Kew, London, said.

Tropical forests, which provide some the richest habitats in the natural world, are by far the worst hit – a finding with serious implications for global diversity.

A separate study by two Australian authors, also released on Tuesday, found that fewer mammal species may by extinct than had been believed.

Researchers from the University of Queensland suggested some mammal species thought to have been wiped out may yet be rediscovered. Of 187 mammals that had been classified as “missing” since 1500, 67 species were subsequently found to have survived.

Conservationists announced last week that two species of African frog and a Mexican salamander, feared to have become extinct last century, had been found again.

“Extinction is difficult to detect,” the study said. “Species with long gaps in their sighting records, that might be considered possibly extinct, are often rediscovered.”

For planet life, however, the reality may be dire, as the Guardian newspaper reported.

“We think this is a conservative estimate,” Eimear Nic Lughadha, a scientist who worked on the project at Kew Gardens, told the British daily. 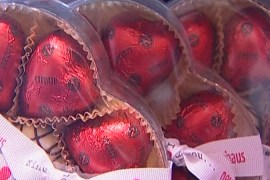 The mapping of the DNA of cacao, the key ingredient in chocolate, could help growers improve their yield. 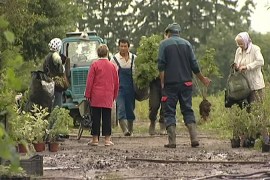 One of the biggest seed banks in the world could soon be replaced by a housing development.