Edgy neighbours of North Korea have made it their habit to watch every move of the secretive regime’s supreme leader.

It has proven to be no different with Kim Jong-il’s latest move: to appoint his youngest son as a general ahead of a key ruling party congress.

The promotion of Kim Jong-un to a four-star general by the ailing supreme leader is being interpreted by North Korea watchers as a bid to annoint him as his “heir apparent”.

However, at a time when North Korea is suffering from sanctions, international isolation and economic woes, there may be domestic resistance to the inexperienced younger Kim taking power.

“The expectation has been for a long time that the purpose of this very rare congress was as the young Kim Jong-un’s coming-out party,” Aidan Foster-Carter of Leeds University, said. 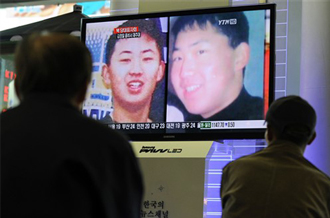 “That’s been confirmed, in my view, by the fact that his name has now been mentioned to the entire public for the first time by the Korean Central News Agency in the bizarre context of his promotion to a four-star general with no military experience.”

Foster-Carter explained that contrary to the government’s socialist rhetoric, Kim Jong-il is attempting to establish a feudal model of rule where hereditary lines matter more than experience.

Al Jazeera’s Tony Birtley, reporting from Seoul, said the announcement of Kim’s promotion must have had support from the party and the military, given the need for the senior Kim to build support for his son to ensure a smooth succession.

Possible opponents to the succession have died in mysterious circumstances in recent months.

Yet the likelihood of a serious discord among the ruling elite about the wisdom of hereditary succession remains high, Foster-Carter said.

The extravagant lifestyle of the North Korean elite contrasts sharply with the widespread hunger the majority of their compatriots endure, and commentators note that even some members of the ruling class may increasingly favour political and economic reform.

The UN children’s fund estimates one-third of young children are stunted by malnutrition.

An additional point of tension may be the sidelining of the political apparatus, as the supreme leader continues to reinforce the military’s role in governance.

“Authorising Kim Jong-un to the rank of general means the North Korea will continue its “military first” policy,” Yang Moo-jin, a professor at University of North Korea Studies in Seoul, said.

The succession issue is being keenly followed by many neighbouring countries, concerned by the senior Kim’s increasingly unpredictable behaviour is destabilisng the region.

“We plan to closely monitor if there is a change in the North’s power structure,” Seiji Maehara, the Japanese foreign minister, said.

“There won’t be any change in our ultimate goal – resolving the issues of nuclear weapons, missiles and abductions,” the minister added.

Japan has long taken a hardline stance against Pyongyang over its nuclear and missile programmes and its kidnappings of Japanese nationals in the 1970s and 80s to train spies for the isolated regime.

US Central Intelligence Agency chief Leon Panetta said in June the world faces a “dangerous period” as Kim tries to enhance his son’s credibility with the military as a future ruler. 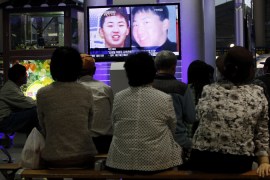 Youngest son of ailing supreme leader emerges as likely successor after being made top general and senior party leader. 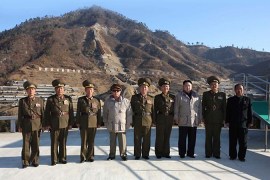 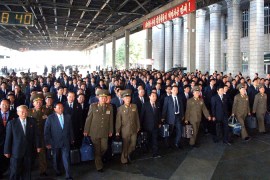 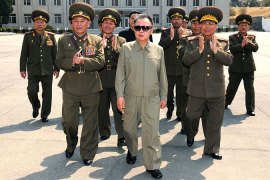 Promotions come ahead of major meeting in which leader Kim Jong-il expected to name youngest son as successor.