Two Nato helicopters have killed several fighters on Pakistani soil after a pursuit across the border from Afghanistan, Nato forces say.

The death toll could as high as 30, the Reuters news agency reported, citing Nato officials.

The two Apache attack helicopters from the Nato-led International Security Assistance Force (Isaf) crossed the border from eastern Afghanistan on Friday after the fighters attacked a remote Afghan security outpost in Khost province.

Sergeant Matt Summers, an Isaf spokesman, confirmed on Sunday that the helicopters had crossed into Pakistan in pursuit of fighters. He did not say which countries’ forces were involved, but the United States is the only coalition member that uses Apaches.

Isaf also said in a statement issued late on Sunday that the helicopters were following its rules of engagement when they crossed into Pakistan. Two Kiowa helicopters returned to the area on Saturday and killed at least four more fighters, the statement said.

But the Pakistani government sharply criticised the raids: In a statement released on Monday, the ministry of foreign affairs said that Isaf “finishes at the border,” and threatened to “consider response options” unless Isaf takes “corrective measures”.

The United States regularly uses pilotless drone aircraft for missile strikes in Pakistan’s borderlands, known to be a haven for groups including the Afghan Taliban who launch cross-border attacks from Pakistan’s northwest.

However, manned military flights across the border are extremely rare.

US forces make up the majority of Isaf troops in Afghanistan’s east. The drone flights have caused resentment in Pakistan, attributed to a rise in civilian casualties.

According to US officials, the pilotless drones are one of the most effective weapons against fighters, as air raids have killed senior Taliban and al-Qaeda figures.

Despite the presence of almost 150,000 foreign troops, violence is at its worst across Afghanistan since US-backed Afghan forces ousted the Taliban in late 2001.

The Taliban movement has spread out of traditional strongholds in the south and east into once relatively stable areas in the north and west.

Apart from the Afghan Taliban, the Haqqani network also operates extensively in Afghanistan’s east and has launched a series of bold attacks against foreign forces and Afghan government targets in the past year.

Afghan and Nato forces have also launched a new offensive in Kandahar province in southern Afghanistan, Isaf said on Sunday.

The offensive, called “Operation Dragon Strike,” began with air strikes and ground combat on Saturday. Isaf did not say how many troops are involved, but a spokesman did say that Afghan troops outnumber those from Nato. Roughly 30,000 Nato troops are stationed in Kandahar.

Much of the fighting is south and west of Kandahar city, in Zhari, Panjwai and Arghandab districts. Zahir Azimi, a spokesman for the Afghan defence ministry, called it a “small operation”.

Commanders have been talking for months about a major offensive in Kandahar, which was originally supposed to start over the summer.

But it was delayed because of opposition from local officials, and because it has taken far longer than anticipated to secure Marja, the district in neighbouring Helmand province where Nato launched a major offensive in February. 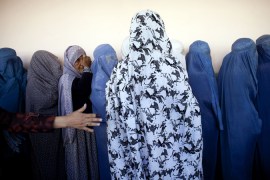 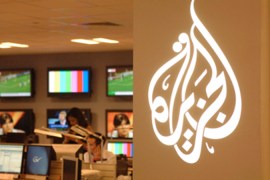