Authorities in Beijing are investigating a security firm that was allegedly paid by local governments to lock up petitioners in secret “black jails,” Chinese state media has reported.

The firm allegedly helped Beijing-based liaison offices of some local governments around China to detain petitioners who had come to the capital to try to seek redress over a variety of problems, it
added.

Under a system dating from imperial times, Chinese people can petition government authorities in Beijing or provincial capitals over injustices or unresolved disputes such as illegal land grabs or
police misconduct.

But many citizens complain of unresponsiveness, and some have said they were held for weeks or months in secret detention facilities known as “black jails,” the existence of which has
repeatedly been denied by the government.

According to the report, Anyuanding would take petitioners to hotels or rented houses, where they were locked up, their IDs and phones seized, until the liaison offices told the company to send
them back home.

The Beijing News, which visited one of the hotels where petitioners were allegedly held by the firm, said witnesses had heard people call for help from inside, and screamed that others
were being beaten up.

The firm refused to comment when contacted by the AFP news agency, and Beijing police were not immediately available for comment.

Phelim Kine, Asia researcher for Human Rights Watch, which published a report on black jails last November, said the police investigation was “an encouraging development” but added the case
was only the tip of the iceberg.

“The fact is that the problem of black jails goes far beyond one company. It involves a web of government officials, security forces, huge numbers of plainclothes thugs and dozens of facilities in
Beijing alone,” he told AFP.

“Meaningful action against black jails will require the political will to locate and close all of them, freeing their detainees and prosecuting their captors.” 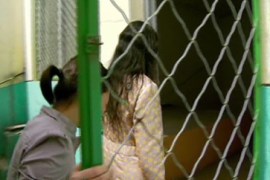