South Africa’s ruling African National Congress has called for the establishment of a media appeals tribunal in a bid to punish what it calls irresponsible news reporting.

The ANC’s media panel met behind closed doors this week at the party’s National General Council meeting to work out details of the plan.

But local media organisations claimed on Wednesday that the tribunal is an attempt to crush investigative reporters who regularly expose corruption and hold the government accountable in a country where the ANC has a near two-thirds majority in parliament.

The ANC, which led the country’s struggle against apartheid, rejects such criticism and has argued that the proposed tribunal will merely investigate complaints and punish irresponsible reporting.

“A lot of people died when the ANC fought for a free media,” the party said.

Febe Potgieter-Gqubule, a senior ANC member, said: “It is not a principle on which we will compromise but there is not enough diversity when it comes to media ownership and its views.”

Separately, parliament is considering an information bill, which politicians say is designed to protect state secrets, but which media groups believe could hinder investigative journalism.

If passed, the bill would also restrict access to information from regulators and state-owned enterprises.

Critics say that could cut investors off from information affecting equity, treasury and foreign exchange markets.

The party is to hold another day of closed-door discussions on Thursday and then release a concluding statement on Friday. 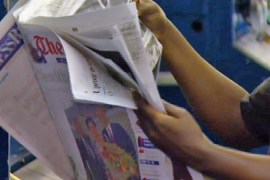 Journalists gear up for what they see as one of the biggest fights since end of apartheid era. 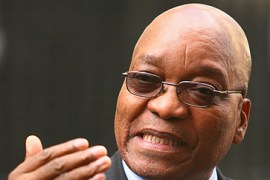