Abdullah Gul, the Turkish president, has said he will not meet Shimon Peres, his Israeli counterpart, on the sidelines of the UN general assembly in New York due to his busy schedule.

Speaking to journalists in the US, Gul cited a scheduling problem over talks with Peres but said he would have time to meet with Mahmoud Ahmadinejad, the Iranian president, at this week’s gathering.

Zaman, a Turkish newspaper had speculated that Gul and Peres would hold talks at the gathering in what would have been their first contact since May 31, when Israeli commandos stormed Gaza-bound aid ships, killing nine Turkish activists.

“My programme does not allow” such a meeting, Gul was quoted by the Anatolia news agency as saying.

Israeli officials, however, said the planned meeting between Peres and Gul was scrapped because of the Israeli leader’s refusal to apologise for the deadly commando raid on a Turkish-led flotilla that tried to breach Israel’s blockade of the Gaza Strip.

Peres told reporters he had agreed to join Gul at the Clinton Global Initiative in New York, then accepted Gul’s invitation to meet on the sidelines. But Israeli officials said Gul then set unacceptable conditions for the meeting.

“I got some conditions which made this meeting in my judgment not a positive one,” Peres told reporters as the UN General Assembly’s Millennium Development Goals summit was getting under way.

Gul later denied that any such meeting had ever been planned.

“That is not true,” the Turkish president told The Associated Press news agency. “There was never a meeting scheduled between us.”

Ties between Turkey and Israel, once strategic allies, had already been deteriorating following Israel’s war on Gaza in December 2008.

In the aftermath of May’s raid on the vessels heading for Gaza, Turkey withdrew its ambassador and cancelled joint war games between the countries.

Gul underlined that Ankara still expected Israel to apologise for the deadly raid and pay compensation, adding that an apology on its own would not suffice.

“An apology by Israel will not mean that all is forgotten, all is over, and that we should bury the dead and take care of the living,” he said.

Turkey has also demanded that Israel lift its crippling blockade of the Gaza Strip in order to mend ties.

Gul said his talks with Ahmadinejad would focus on Tehran’s nuclear programme and Turkey’s efforts to facilitate talks with the West for a peaceful resolution of the issue.

Iran denies the charge and says it is developing the resource for electricity generation and medical research.

Turkey has insisted on a diplomatic solution to the tensions and in May, together with Brazil, hammered out a nuclear fuel swap deal with Tehran.

In a move that angered the US, Ankara voted “no” to fresh sanctions against Iran, which were adopted by the UN Security Council in June, saying that the swap deal should be given a chance. 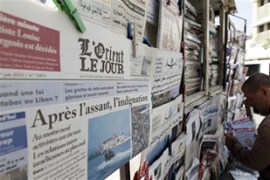 Group of more than 30 reporters to demand compensation from Israeli government. 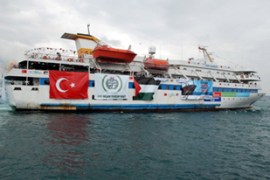 Minister quoted saying ties will be cut unless Israel apologises over flotilla raid. 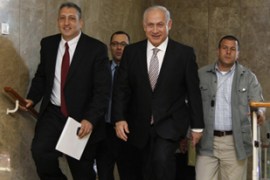 Panel gets power to call witnesses but troops will face separate military inquiry.