British forces in Afghanistan have transferred responsibility for security in Sangin, a district in the southern Helmand province, to US forces, marking the end of a four-year mission in the area.

Nato said on Monday the 1,000-strong 40 Commando Battle Group is being reassigned throughout central Helmand, which remains an important battleground in the south of Afghanistan.

The British army suffered its heaviest losses in Sangin, with more than 100 deaths in the market town and surrounding areas – nearly a third of their total casualties since the invasion in 2001.

British troops arrived in Sangin in 2006 and have partnered with Afghan national security forces to provide security to allow governance and economic development to take root.

“British forces have served in Sangin over the last four years and should be very proud of the achievements they have made in one of the most challenging areas of Afghanistan,” Liam Fox, the British defence secretary, said.

Under the new Nato deployment plan, which was announced in July, the US will operate mainly in the north and south of Helmand, with British, Danish and Estonian troops working in the heavily populated central areas.

David Rodriguez, the second in command of US forces in Afghanistan and the operational chief for the allied forces, said in July the British move was part of his effort to consolidate and better organise forces in Helmand.

Rodriguez rejected the notion the US was bailing out British forces, noting that Britain has taken high losses in Sangin.

The joint force was tracking a suspected Taliban bomb-maker who specialised in building detonators for improvised explosive devices. 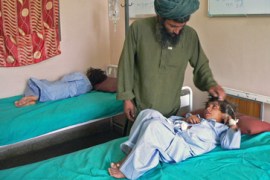 Afghan and Nato officials at odds over killing of 52 civilians in Helmand rocket attack. 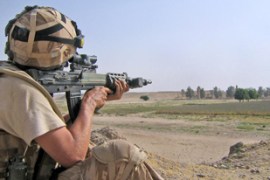 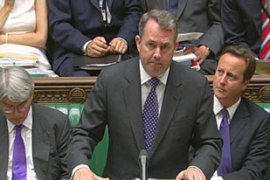 UK troops to pull out of Sangin 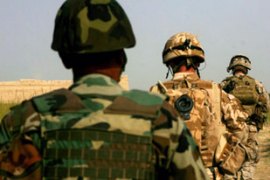 Latest fatalities in Helmand push British death toll in the country past that in Iraq.