Afghanistan’s largest group of election observers has expressed serious concerns about the legitimacy of Saturday’s parliamentary vote, despite claims by the country’s president that the balloting was a solid success.

Hamid Karzai issued a statement on Sunday praising the “successful parliamentary election” which “has been another positive step in strengthening democracy in our country”.

But the independent Free and Fair Elections Foundation said it had received numerous complaints of fraud, even though the final tally was not expected before October.

The group, which deployed about 7,000 observers around the country, said on Sunday that it “has serious concerns about the quality of the elections”.

Al Jazeera’s Sue Turton, in Kabul, investigates some of the allegations of corruption. 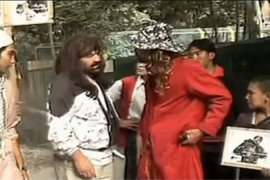 The “Danger Bell” receives angry calls after every show, but producers say their comedy is crucial for the country. 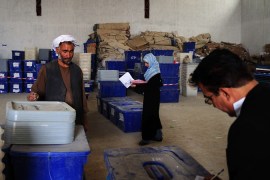 Opposition leader says polls should go ahead despite the wide circulation of fake voter registration cards. 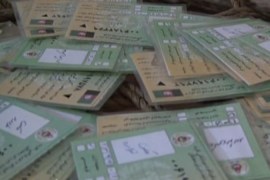 Potential for fraud in Afghan vote