The Iranian Javan News agency has retracted a story stating that the Revolutionary Guards had arrested seven US soldiers on Sunday.

It was initially reported by Javan News that Iranian border guards detained the soldiers as they tried to illegally enter Iran near the Pakistan border.

The original report gave no source for the information.

“Recently seven American troops were detained by Iranian guards in a southeastern province of the country … Two Iranians accompanying the troops were also arrested,” Fars had said.

No other news agency reported the incident, which Fars said occurred in Sistan-Baluchestan, an impoverished province that borders Pakistan and Afghanistan.

In a brief statement, the US defence department said it was “aware of the news reports,” but gave no further details. 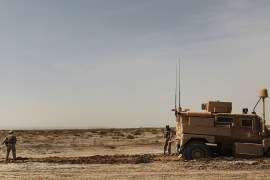