Internet hackers and software companies from around the world are staging mock cyber wars at a major web security event in Europe.

Some 1,000 participants are taking part in the two-day Hacktivity 2010 conference in the Hungarian capital Budapest that started on Saturday. The conference comes at a time of mounting concern over software piracy and other cyber crimes. Hacking is fast becoming the 21st century tool for espionage.

Software companies these days use hackers to see how secure their new programs are – hackers benefit by learning new tricks.

“There are not many systems these days that cannot be hacked. It is a matter of time and investment,” Felix F-X Linder, a cyber security specialist, told Al Jazeera from the conference in Budapest. “Luckily, due to the many years of work in computer security, it is getting harder to hack systems.”

Mitch Altman, a hacker from the US, will present a workshop on computer hardware, while Bruce Scheier, a world-renowned cyber security expert, opened the conference with a keynote speech.

At the leisure zone, where “nerds” at the conference go to relax, participants can test their ability to break into systems and take control of foreign computers in a variety of games, from Hack the Vendor to Capture the Flag.

Malicious computer use such as virus writing and hacking cost businesses globally more than $1 trillion each year, according to a study from computer security company McAfee. The projection is based on responses to a survey of more than 800 chief information officers of companies around the world.

The respondents estimated that in 2008 they lost data worth a total of $4.6bn and spent about $600 million cleaning up after breaches, McAfee said.

The recent recession is only increasing the security risk for corporations, respondents said, with 42 per cent reporting that displaced workers were the biggest threat to sensitive information on the network.

Business, government and regular computer users are not the only ones dealing with hackers: the Taliban is also facing the problem. The so-called Islamic Emirate of Afghanistan faced an attack in June 2010, Wired magazinereported.

Abu al-Aina’a al-Khorasani, an administrator with what Wired calls an “elite jihadi forum endorsed by the Taliban”, has cautioned users to be careful of recent activity.

Khorasani said that the “group’s main site and the site of its online journal Al-Sumud, have been subject of an ‘infiltration operation'”.

On the Falluja forum, Khorasani warns online Islamists “to not enter any of the links of these website and not to even surf [the material] until you receive the confirmed news by your brothers, Allah-willing”, Wired reported.

The Taliban websites have been hacked before, but the latest job should be particularly concerning to the group, Evan Kohlmann, a computer analyst with Flashpoint Partners, said.

“[T]his would be the first instance that I’m aware of it being actually ‘infiltrated’,” Kohlmann told Wired.

“It’s an unsettling prospect for security-minded online jihadists, because such sites can be manipulated by a variety of hostile parties in order to harvest a breathtaking amount of personal data on regular visitors.”

Generally people do not take cyber threats very seriously and most people who have been hacked do not even know it. They forget that by using unsecured Wi-Fi hotspots they are essentially shouting their information to the world.

Every access point into a system like Bluetooth or other communication software can be used by savvy cyber criminals to steal information or to implant malicious software. The average laptop could contain data worth around $1 million, according to research by security software company Symantec.

The same research shows that just 42 per cent of companies automatically back up employees’ emails, where often critical data is stored, and 45 per cent leave it to the individual to do so.

Lost laptops have been the bane of existence of many companies and countries alike. The most infamous instance of loss of laptop occurred in 1990 when a British Royal Air Force officer had a computer stolen from the boot of his car. It contained a top secret plan to drive the Iraqi army out of Kuwait after it had invaded the Gulf country in August 1990.

In January 2008 a British Royal Navy officers was court-martialled after a laptop containing the personal data of 600,000 people, including serving personel, was stolen from his car. The non-encrypted data included bank account numbers and passport details, national insurance numbers and home addresses.

Most laptop thefts are committed by common thieves who are after the laptop itself and not the information it contains. To prevent the thief to access the system it is enough to simply set the password and encrypt the hard drive. 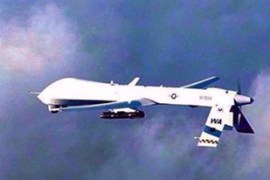 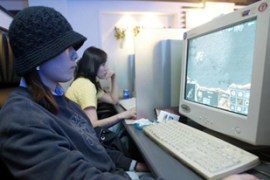