Alessandro Parziale is the chief of party for Democracy International, which is operating the largest international observer mission in Afghanistan during today’s election. 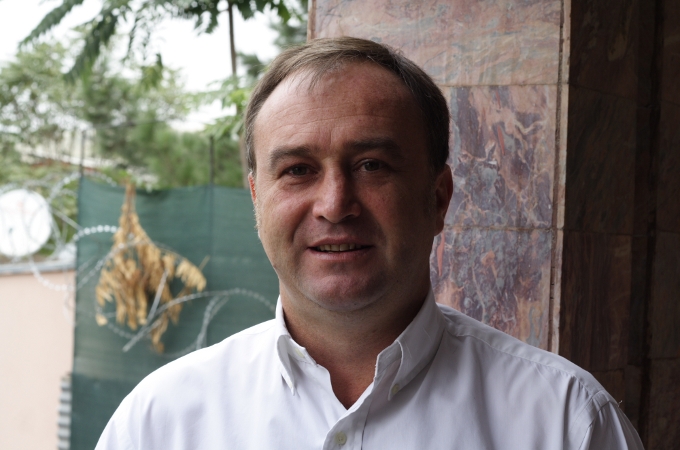 Parziale, above, said turnout is closely linked to security in many parts of Afghanistan

Parziale spoke by phone with Al Jazeera from DI’s office in Kabul, where he is coordinating reports from roughly 80 observers deployed in 16 of Afghanistan’s 34 provinces.

Parziale said turnout in many areas is closely linked to security, and acknowledged that international observers have had very limited access to insecure parts of the country.

What have you heard so far? What is the security situation like for voters?

Generally the impression from the reports I’m analysing is that, where there is security, wherever people feel safe, they are going to vote. In insecure areas, though, people are reluctant.

For the moment, it seems like some of the biggest security problems are in Kapisa, Laghman and Uruzgan provinces. The security there has a lot of pockets, where the security situation is not ideal, but clearly we are still collecting information. In Uruzgan, we had a monitoring team that had to stay on lockdown for part of the day, but we finally managed to get them out to one polling centre.

How does the turnout so far compare to last year’s turnout?

As you know, 900, nearly 1,000 polling centres have been closed compared to last year, so it is hard to make an exact comparison.

[And] making empirical observations right now is very difficult; but our observers that have been deployed in secure areas say they have seen sizable turnouts.

We have heard scattered reports of fraud, particularly involving the indelible ink used to mark voters’ fingers. What have you heard?

Regarding the ink, we heard in the morning that different voters were concerned about it. But our observers have not seen this happen: the ink is working, it’s good quality.

Maybe there are isolated cases where people at polling centres don’t know how to use it, how to apply it properly, but the ink cannot be seen as a tool for fraud. Nobody can use it to organise vote fraud.

[Note: The Free and Fair Election Foundation of Afghanistan said in a statement this afternoon that voters have been able to wash ink off their fingers in at least six provinces.]

There were widespread complaints last year about incompetent or corrupt poll workers. Has the Independent Election Commission fielded a more professional staff this year?

The IEC has put in place a huge operation, a very difficult system to find and train people to work at polling centres.

We should recognise that we are in Afghanistan, that literacy is not at a high level. Maybe it is the case that some of the polling staff may have problems. But for the moment our observers have stated that, wherever they have been, that the polling staff have a good idea of what they are doing.

For many of them, it is not the first time dealing with elections. They have long experience in this.

From what we have seen right now – and while we are the largest international observation mission, we are little compared to the number of polling centres – but from what we have seen, the impression is that this election is happening, that wherever security conditions are good, people are participating in this vote.

What have you seen today?

I was in Kabul, I visited a number of polling centres, I saw people participated, but I saw many centres were not enough crowded, you know … I haven’t seen a big line there even though there was participation, but not as much as we expected. 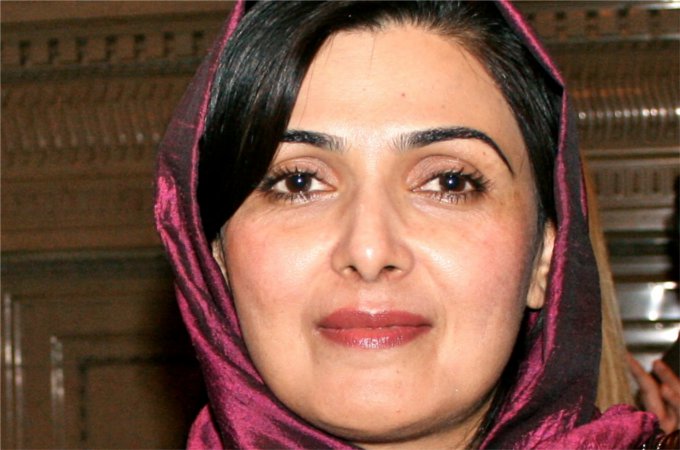 In the afternoon it was quite increased, because the security was good, but in the three or four centres I haven’t seen a big queue there.

[Note: According to 2010 estimates from the US government, women make up around 49 per cent of the Afghan population, but the female literacy rate stands well below male.]

Have you seen or heard of any voting controversies?

No one can ignore that the huge majority of Afghan people especially women are not educated, and so … it was quite complicated for the people to find, even if they have someone in their mind, it was quite complicated to find out which page their candidates [were on]. Because they didn’t know, [candidates’] observers … tried to show [voters] the person that they are observing for, that that is the candidate they are looking for. It was hard for uneducated women and uneducated men to find the number [of their candidate].

For sure, you know a country like Afghanistan, the presidential election was full of fraud, and that kind of problem is common.

There was a small number of young children who tried to come to vote, but they didn’t look like 15 years old … [so] they didn’t allow them to go to the centre. They had cards that show they are 18 years old, so that was very good that they didn’t get in, but you know maybe many centres they got to go over there. [Candidate observers] just refused, they said, “You don’t look 18”.

What do you think of the government staff, and what are your overall thoughts on the day?

Some of the staff who were the permanent staff … they seemed qualified and well trained. But the staff that were hired just for today as just contractors for one day … they were not very well trained, they got a few hours training but they were not very well trained. And the observers of the candidates were very young in many centres, and they didn’t know anything about how to observe. They just had presence to show the candidate had presence.

In some centres, I saw the [election] employees …. waiting outside for the people … they were outside their offices and they were walking around. They were waiting outside seeing if people were coming. It shows that there was not enough voters to go to the polling centres.

I should congratulate for the people of Afghanistan, with the big security challenge in its face, that the Taliban and anti-government forces have created. So that was really a good political statement for the people of Afghanistan, again they show that despite all threats and all challenges … still they are brave enough, had courage enough to go to another part of the nation building and very important event of their country.