The leader of opposition Maoists in Nepal has withdrawn as a candidate for prime minister, allowing for fresh talks on a new national consensus.

The Maoists said on Friday that the move by Pushpa Kamal Dahal, known by his former nom de guerre, Prachanda, was in protest at parliament’s failure to elect someone to the job after seven attempts.

Neither Prachanda nor his main rival from the Nepali Congress party have been able to secure the majority they need to form a coalition government and take the post.

Nepal has been without a government since June 30.

The Maoists hold the greatest number of seats in the parliament, but not enough support to govern without other parties’ support.

“The country has been held hostage by the indecision of its politicians,” Baburam Bhattarai, the Maoist vice-chairman, told the AFP news agency.

“We have decided to pull out of the race so that we can make a fresh attempt at reaching consensus between the parties for a national unity government.”

The next vote to decide upon the formation of a new government was slated for September 26 but is now likely to be postponed.

Nepal’s parliament, or Constituent Assembly, was elected in May 2008 with a two-year mandate to complete the country’s post-war peace process and draft a new national constitution.

But it has failed to complete either task, hampered by disagreements between the Maoists and their rivals.

The Maoists fought a decade-long civil war against the state before transforming themselves into a political party ahead of the 2008 elections. 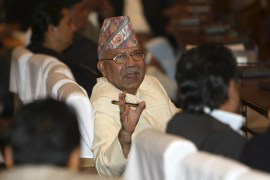 UN worries political deadlock could undermine the peace process between Maoist rebels and their opponents. 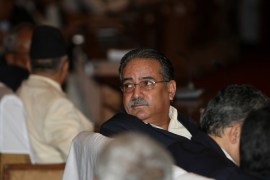 Parliament speaker warns of a “serious crisis” if a new government is not installed soon. 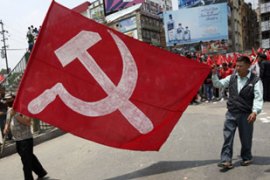 Madhav Kumar Nepal quits on live television after months of pressure from Maoists. 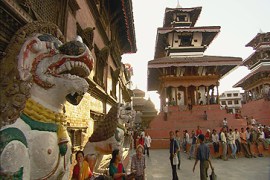 Can the country avert a political crisis that has remifications for all of Asia?