Nigeria’s incumbent president has formally declared his bid for re-election in 2011 presidential election.

Goodluck Jonathan made the declaration on Saturday, three days after launching a Facebook page promoting his candidacy and ending months of speculation over whether he wanted to take the job.

“I, Goodluck Ebele Azikiwe Jonathan have decided to humbly offer myself as a candidate in the presidential primaries of our great party … in order to stand for the 2011 presidential elections,” Jonathan said at a rally in Abuja, the capital of the West African state.

Thousands of people gathered to hear Jonathan speak in the central Eagle Square, where he urged Nigerians to vote for him in the January poll.

“I have come to say to all of you that Goodluck Ebele Azikiwe Jonathan is the man you need to put Nigeria right,” he said.

“I have come to break you away from divisive tendencies of the past which have slowed our drive to true nationhood.”

The 52-year-old southern Christian from Bayelsa State in the oil-rich Niger Delta succeeded president Umaru Yar’Adua after his death in May. He had been deputy president since 2007.

Experts have said that Jonathan could face resistance from some parts of the north of the country due to the government breaking an unwritten agreement that power should rotate between the country’s main regions every two terms.

Yvonne Ndege, Al Jazeera’s correspondent in Abuja, said: “The challenge ahead for Jonathan is formidable because he’s only declaring that he wants the ticket under the ruling party, the People’s Democratic Party.

“There are many people here who think that he should step aside for the north.”

Jonathan ‘to run’ in Nigeria poll

Incumbent announces his candidacy for the 2011 presidential elections on Facebook, the social networking site. 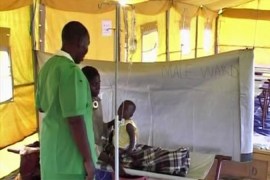 Nearly 800 people have died in recent months and poorly funded clinics are jammed with infected patients. 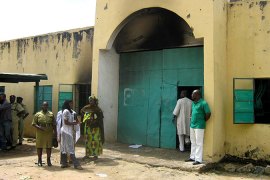 Fear of fresh violence in Nigeria 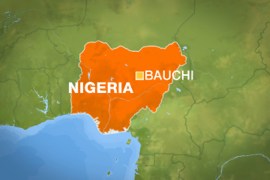 Hundreds of inmates broken out of jail, including around 200 Boko Haram members, in raid blamed on the armed group.