A prominent South African hospital chain and its chief executive have been charged in connection with trafficking human organs in a case that authorities say stretched to Israel and Brazil.

Vish Naidoo, a police spokesman, told The Associated Press news agency on Thursday that 11 suspects were ordered to appear in court in November.

He declined to name them, but the board of directors of the Netcare hospital chain said in a statement that the parent company, its chief executive officer, Richard Friedland, and its subsidiary in the eastern province of KwaZulu-Natal received subpoenas on Wednesday.

“The board has been advised that the allegations made are unjustified and that neither Netcare nor Dr Friedland are guilty of any wrongdoing,” the statement said.

The Star newspaper reported on Thursday that prosecutors claimed 109 illegal operations were conducted between 2001 and 2003.

The Times newspaper reported that “Israeli citizens in need of kidney transplants would be brought to South Africa for transplants at St Augustine’s Hospital. They paid kidney suppliers for these operations”.

The kidneys “were initially sourced from Israeli citizens, but later Romanian and Brazilian citizens were recruited as their kidneys were obtainable at much lower costs than those of the Israeli suppliers.”

Israelis were paid about $20,000 for their kidneys, while the Brazilians and Romanians were paid an average of $6,000, prosecutors said.

“They had people operating in three different countries,” he told Al Jazeera.

“People who would source kidneys from poor people, arrange payments, have organs transplanted and transport them from those countries to South Africa, which is not a small feat in its own. To get them through customs you obviously need the right documentation.”

Five years ago, South African police tried to bring a case against Ilan Perry, an Israeli who is believed to be the head of the syndicate.

That case was never brought forward and Perry has now turned state witness, The Times reported.

“He is providing vital evidence that is enabling the police to focus on suspects in the South African hospitals,” Al Jazeera’s Barnaby Phillips, reporting from Johannesburg, said.

“Police is saying he was what’s known as the ‘organ broker’, the go-between, in a very complex organisation between countries like Brazil and Romania where he would find poor people who were willing to sell their kidneys, helping to bring them to South Africa with the assistance of criminals gangs here and then apparently infiltrate hospitals.”

Netcare has said it will defend itself against the charges in court.

“After several years of co-operating fully with the South African Service Police and providing the investigating officer with countless affidavits, it has come as a great surprise and disappointment that the prosecuting authority has seen it fit to bring charges” against the firm, Netcare said in a statement.

There is a high demand and small supply of kidneys, which can be taken from a living donor.

The black market is said to be thriving around the world. The World Health Organisation calls the shortage of organs “a universal problem”. 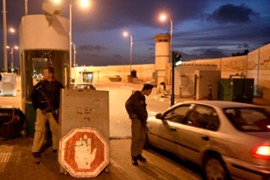 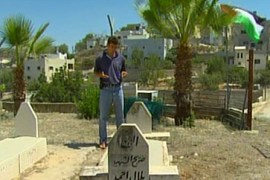