A court has ordered that Akhmed Zakayev, an exiled Chechen separatist leader wanted in Russia for alleged terrorism, be set free after he was briefly detained by police in Poland.

The former rebel commander, who fought Russia in two Chechen wars, was arrested on Friday a day after arriving in Warsaw, Poland’s capital, where he was planning to attend a two-day congress of exiles from the North Caucasus region in Pultusk.

Warsaw had indicated it was unlikely to extradite Zakayev, who was granted political asylum by Britain in 2003, even though this may harm a steady improvement in long-frosty ties between Russia and Poland.

“Poland is another country that I can visit freely,” Zakayev told journalists after his release from detention on an international arrest warrant issued by Interpol.

“I will attend the Chechen congress in Pultusk.”

Polish authorities said they were bound to arrest Zakayev because of the warrant.

Sergei Lavrov, Russia’s foreign minister, said earlier in the week that he expected Poland to arrest and extradite Zakayev if he arrived in the country.

But Jan Rostowski, Poland’s finance minister, said he did not imagine that the exiled separatist would be handed over.

“I can’t imagine Zakayev would be handed to Russia … If a Polish court decides to extradite him, the justice minister’s agreement is still required,” he told Polish radio.

“There are such things as overriding values,” he added.

Although Poland has recently made efforts to improve strained ties with Russia, Warsaw has historically shown solidarity with countries or groups in conflict with Moscow.

The fact that Zakayev has political asylum in Britain, a partner of Poland in the European Union, would likely weigh against his being extradited, Polish officials say.

Zakayev fought Russia as a senior rebel commander in two wars between 1994-2000, that saw Chechen separatists fighting for autonomy, but he now represents the moderate wing of the separatist movement.

He was also the spokesman for Chechen separatist president Aslan Maskhadov, who was killed fighting Russian forces in 2005.

Britain has rejected Moscow’s calls for him to be extradited for alleged terrorism by Chechen separatists.

He is able to travel abroad thanks to an internationally recognised refugee passport. 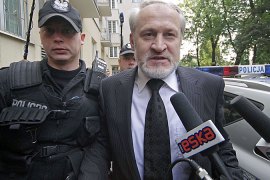 Akhmed Zakayev, an exiled separatist leader wanted in Russia for alleged terrorism, is arrested in Warsaw. 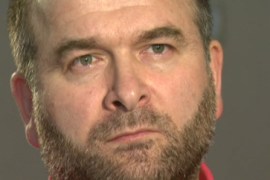 Brother of Chechen rebel leader talks to Al Jazeera about fight for the Caucasus.

A chronological history of attacks in cities throughout Russia.