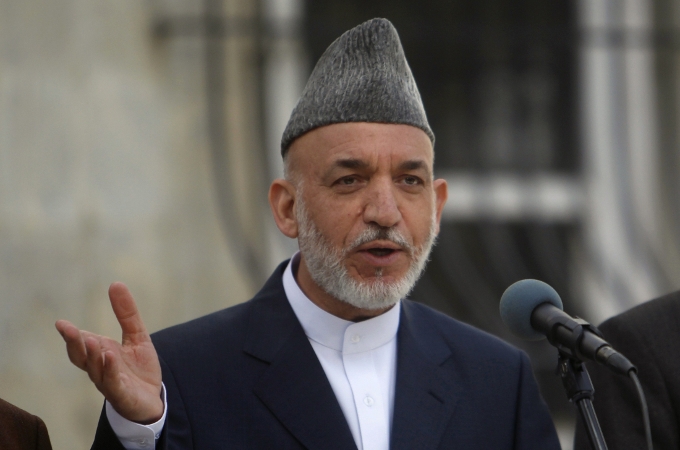 Earlier this year, Afghanistan’s transport minister was asked to appear for a vote of confidence before the Wolesi Jirga, the lower house of parliament. It was a hurdle he easily cleared.

Shortly after the vote, a researcher from the Afghanistan Research and Evaluation Unit, an independent organisation in Kabul, asked one member of parliament why he voted in favour of the minister. The answer? Because the MP runs a travel business, and needs to maintain a good working relationship with the ministry.

“These kinds of connections are commonplace and form part of the way in which MPs are able to access services for constituents, while also promoting their own business interests,” wrote the report’s author, Anna Larson.

The Wolesi Jirga had several clashes with Afghan president Hamid Karzai over the last year, leading some to call it an effective check on the executive branch, a counterweight to the president. But the high-profile confrontations often obscure the fact that many MPs work closely with the executive branch, in order to protect their own lucrative business interests.

“In some sense, yes, they did exercise their powers last year… that’s why Karzai does not want them back in the parliament,” Mirwais Wardak, the managing director of Co-operation for Peace and Unity, a Kabul-based NGO, said. “But all of these people who have been elected, they haven’t really done anything about corruption.”

Karzai nominated 24 cabinet nominees in January, shortly after his inauguration; 17 of them, more than two thirds, were promptly rejected by the Wolesi Jirga. His second batch of 17 nominees met with 10 rejections.

And his third slate – seven nominees, submitted in June – went to a similar fate: Parliament approved only two.

The rejections were not necessarily based on merit: Several of the rejected nominees were successful incumbents, and MPs described others as “well-qualified”. Instead, some MPs accused Karzai of using cabinet appointments as a way to strike deals with various ethnic groups. Others rejected cabinet nominees for the opposite reason: because they felt Karzai wasn’t honouring his deals with them.

“The parliament has been a somewhat random check on the executive branch,” Martine van Bijlert, a co-director of the Afghanistan Analysts Network, said. “The reasons why MPs voted off draft legislation or ministers were not always clear.”

“The Wolesi Jirga played its own game. They refused candidates, but some of the people were actually quite qualified,” Lorenzo Delesgues, a founder of the Integrity Watch Afghanistan think tank, said. “The parliament had its own agenda: the protecting of its own prerogatives.”

Legislators also faced off with the executive branch on electoral reform. Karzai issued a number of controversial reforms by presidential decree in early 2010, like removing the international commissioners from the Electoral Complaints Commission, the joint Afghan-UN body responsible for investigating allegations of fraud. The decrees sparked an outcry from the Wolesi Jirga, and Karzai backed down somewhat, agreeing to a number of compromises.

“Discussions in parliament did become more sophisticated as the term progressed, [but] many Afghans view the parliament as having been largely ineffective,” van Bijlert said. “And many MPs themselves feel quite frustrated that they did not manage to solve Afghanistan’s problems.”

Despite the high-profile confrontations, though, many MPs take a middle ground between backing Karzai and playing the opposition. Lawmakers rejected dozens of cabinet nominees, for example, but they approved Karzai’s most crucial picks, including defence minister Rahim Wardak and finance minister Omar Zakhilwal.

One reason for the contradictory approach to politics is a desire among lawmakers to maintain their relationships with influential ministers. Another is fragmentation: political parties are weak, and there are few credible figures around whom an opposition movement could coalesce.

The constant shifting offers few consequences for MPs, particularly because the parliament only keeps top-line vote records – the total number of “yes” and “no” votes on a particular bill. Individual votes are not recorded. 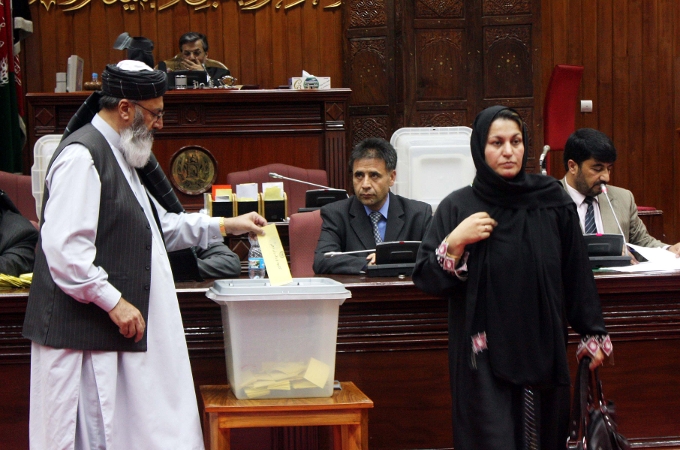 “The Wolesi Jirga as a legislative unit is highly heterogeneous and incoherent,” the non-profit Afghanistan Watch wrote in a report released this month.

“Political groups which constitute it are quite fluid… the boundaries of these groupings get diluted or, in particular cases, fall apart under the influence of identity, ethnicity and the structure of political power.”

The parliament is also stacked with former warlords and power brokers; many of the candidates running in Saturday’s election also have ties to Afghanistan’s old elite.

All of these factors – business interests coupled with weak political parties and powerful patronage networks – combine to create what Wardak called “entrenched corruption” in the parliament. He acknowledged that the Wolesi Jirga often acts as a check on Karzai, but said it does so out of self-interest, rather than an interest in good governance.

“We need a change, we need people who can run the country,” Wardak said. “But the people who have been elected here, they don’t.”