Turkish enthusiasm for joining the European Union has declined sharply just in the last six years, even as the government accelerates its quest to join the bloc, a new report shows.

Support for joining the EU dropped to 38 per cent in 2010, while in 2004 a soaring 73 per cent of the Turkish public said membership would be “a good thing”, according to a poll by the Italian foundation Compagnia di San Paolo and the German Marshall Fund of the United States.

The result of the poll was compiled in a new report released on Thursday.

The falling support for EU membership coincides with Turkey’s increasing economic prosperity and its growing role as a regional power-broker.

“It is not surprising,” Birol Baskan, a visiting professor at the Georgetown University School of Foreign Service in Qatar, told Al Jazeera.

“The Turkish wish to join the EU was always driven mainly by economic reasons rather than ideological reasons. Turks never cared about being European.”

Turkey experienced a 150 per cent increase in domestic product per capita since 2003, according to the Bloomberg news agency.

This has lessened Turkey’s need for European links and emboldened it to pursue a more independent foreign and economic policy.

Turkey is forging new political and business ties across the Middle East, Africa and eastern Europe – regions traditionally ignored by the EU.

Erdogan called for closer economic ties with Iran on Thursday, despite Western pressure for tougher action against the Islamic republic over its nuclear activities.

“Why can’t we establish a mechanism of unrestricted trade with Iran similar to the one we have with Europe? I personally don’t see any reason why we should not be able to accomplish this,” Erdogan said in a speech at a Turkish-Iranian business forum in Istanbul.

Turkey was one of few countries that recently voted against UN sanctions to impede Iran’s alleged progress toward nuclear weapons capabilities.

Frustrated by stalling European leaders, Turkey has been steadily reversing years of animosity with its Arab neighbours, with trade between Turkey and the Arab League member states doubling over the past five years to just under $30bn a year.

Compared with last year’s results of the poll, the percentage of Turks who said Turkey should act in close co-operation with the countries of the Middle East on international matters doubled to 20 per cent.

This was accompanied by a nine-point decline in those who said Turkey should co-operate closely with EU countries (13 per cent).

Preferences to co-operate with Russia (five per cent) and the US (six per cent) were equally low.

Turkey’s increasing indifference towards Europe, however, is not in the country’s best interest, according to Georgetown University’s Baskan.

“It needs Europe to develop its liberal democracy. Turkey has to learn from the EU in that regard,” he said.

Persistent opposition from European leaders has limited Turkey’s progress towards joining the EU since starting entry talks in 2005.

Despite implementing key political reforms demanded by the EU – including the last constitutional amendments – Turkey feels that major European countries are rewarding it with outright rejection. This feeling could account for the waning public aspiration to join the coveted bloc.

Nicolas Sarkozy, the French president, and Angela Merkel, the German chancellor, are the loudest anti-Turkey voices in the 27-member bloc.

The duo have repeatedly stated that they would prefer Turkey to be granted what they call a “privileged partnership” with the EU, instead of full membership.

“Turks are very nationalistic. So every time EU leaders are trying to make Turkey look like an unattractive candidate, it breaks the hearts of the Turks,” Baskan said.

The number of Europeans who want Turkey to become a full member has risen to 23 per cent, up from 20 percent a year earlier, according to the report.

The French (49 per cent) and Germans (44 per cent) were the most likely to say that Turkey’s EU membership would be “a bad thing”.

Nevertheless, roughly half of EU respondents (51 per cent) still believe that it is somewhat or very likely that Turkey will eventually join the EU.

The American public continued its support for Turkey’s EU membership. Two-in-five Americans said that Turkey’s membership in the EU would be “a good thing”. 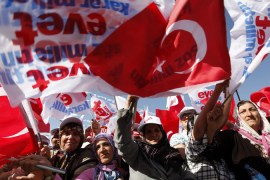 The country’s prime minister has hailed the referendum result as a boost for Turkey’s bid to join the EU. 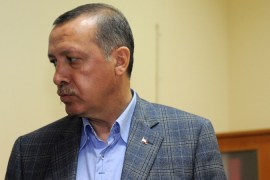 The passing of the Turkish constitutional referendum improves prime minister Erdogan’s prospects for the 2011 elections. 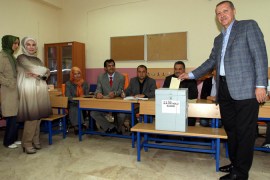 With nascent constitutional reforms, the Turkish political landscape has undergone a major process of ‘terraforming’. 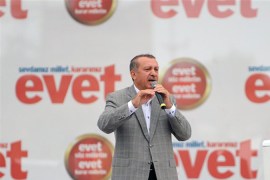